Kayak fishing off South Africa’s Cape Point Nature Reserve sounds like a dream come true, but ocean-going anglers must always keep their wits about them in these wild waters. The host of the Cpt. Gingerbeard Kayak Fishing YouTube channel is local to the area, but he too was reminded of the need for caution after getting mixed up with a pod of protective whales.

Your kayak is no match for a whale breach

The video opens as the swashbuckling Cpt. Gingerbeard prepares to fish off the Cape, informing the audience that “[a] whale just jumped; it was really awesome.” Gingerbeard writes in the YouTube description that the pod included a mother and calf—a strong hint that human proximity is unwise and highly dangerous. All is not well, he realizes, as the cetaceans swim aggressively just astern of his kayak. Gingerbeard hastily reels in his line, twisting around to affix the rod just as a large whale rises out of the water and breaches mere meters behind him.

“Holy s***, I’m outta here!” Gingerbeard shouts, swiftly paddling away as the whales lurk behind his boat. The miffed marine mammals keep up the chase until he enters kelp-filled waters closer to shore. As Gingerbeard notes: “That’s one angry whale.”

Learning to love whales from a distance

Cpt. Gingerbeard’s kayak fishing motto is, “Learn to love the paddle and the fish will come.” In this case, he got quite the paddling workout on his hasty getaway. However, the chase might have been avoided by following a few simple rules:

[ Read more: 8 Things You Need To Know About Whales ]

Keep these tips in mind next time you’re out on the ocean to avoid starring in your own kayak whale breach video. 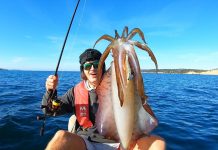 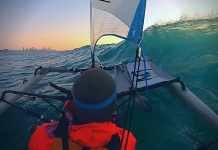 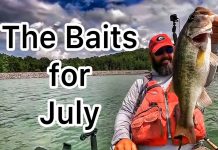 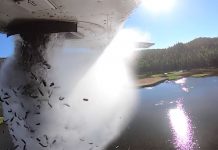 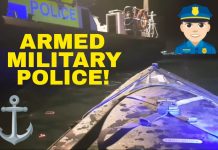