The ocean depths are a strange and mysterious place, so it’s no surprise that offshore fishing can keep you on your toes. Tyler, host of YouTube’s The Redwood Fisherman, gives us a great example after reeling in an unusual catch while bottom fishing. The giant California sea cucumber may not be his intended target, but some say it’s a tasty and auspicious New Years treat.

As the video begins we see the angler with rod bent, reeling in his catch. Then the camera cuts to an odd-looking orange creature stuck to his jig.

“When you’re jigging your bait off the bottom of the ocean,” Tyler advises, “be sure to check it often. Sometimes you might get snagged on a scary sea creature.”

Despite its weird appearance, sea cucumber is highly prized in Asian cuisine and as a popular dish to celebrate the Chinese New Year. As a result, California sea cucumbers have been the basis of a year-round commercial fishery in the state since 1978. British Columbia and Washington State are also suppliers to the Asian market.

Try It for Yourself…Or Not 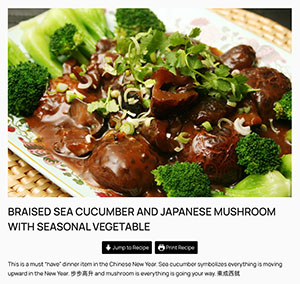 Or you may prefer to be like Tyler and throw the creature back. “Now, if I can get it off without touching it…,” he says.

How To Flip A Kayak Back Over With Jeff Little (Video)