Picture this: You’re happily fishing when you get a hit—but it doesn’t feel quite right. Is that even a fish on the line? From clumps of grass to angry alligators, anglers are used to reeling in the odd surprise catch. But how would you react to a great big snake? Eric Jackson was brave enough to film it for posterity, then he grabbed it and set it free.

“This is like the bayou version of Cirque de Soleil,” Jackson says as the coiled snake twirls in the air. Snagged on a swim jig, he pegs it as a type of rat snake—large, tree-climbing creatures that feed primarily on rodents. Rat snakes are harmless to humans, but they are often killed after being mistaken for more dangerous species.

The famed paddler and Jackson Kayak founder uses his phone to film the unexpected catch. “What’s about to happen,” he narrates, “is…I’m going to grab that snake by the neck and I’m going to pull the hook out and set him on his way.”

The rescue operation takes place off-camera, but Jackson reports the big snake slithered off unharmed. We’re sure it would applaud if it could.

Others Aren’t As Sanguine About Snakes

How do other anglers feel about saving a snagged snake? Commenter gus_variant summed up the general mood when he said, “Wow, this made me hissterical.”

Others prefer to avoid snake-infested waters. “That is why I live where the air hurts my face,” offers commenter jlechmanik. Joke’s on them, however, because some species of rat snake range as far north as Canada. Better practice your catch-and-release!

Rat snakes are harmless to humans, but they are often killed after being mistaken for more dangerous species. | Feature photo: Henley Quadling/Wikimedia Commons 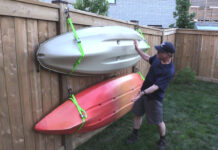 The Kayak Storage Solution For Any Backyard (Video) 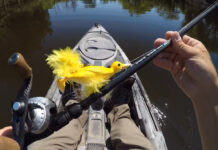 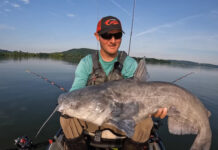 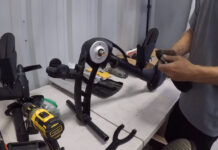