The answer is simple. Color matters. We look at a fish and see amazing colors and patterns. A fish looks at these colors and sees important messages about the edibility of its prey. Communicating the same message with an artificial lure is the only way to trick a fish to bite.

Designing colors and patterns for new fishing lures starts on the water. Professional anglers are vital to the process. Hobie pro and Bassmaster champion Mike Iaconelli has seen a lot of changes in lure color over his 20 years on the tournament trail.

“I used to customize my own baits with markers and paint,” he remembers. “Now lures come out of the package even closer to the real thing.” Iaconelli’s new DT Ink series crankbaits not only mimic color, but depth and sheen.

“Many baitfish have a purple tinge,” Iaconelli points out, “and each scale sparkles.” Rapala designed the Ink series with metallic sparkle paint to imitate the brilliance of fish scales under a wet surface.

The same attention to detail goes into soft plastics. Dan Nussbaum at Z-Man explains that contrast can be an important factor in color design.

“Bait patterns vary from region to region, so we make colors that match a specific area,” he says. Perfectly matching the hatch isn’t always enough. “Sometimes contrast is more important than exact imitation,” he explains. That’s why wild colors like chartreuse and pink, called Electric Chicken, don’t imitate nature but still get bites.

“Most fish have a dark back and a lighter belly. Matching that contrast can draw the fish’s attention,” adds Nussbaum. Z-Man even hired a lure designer with an art degree to cook up new colors. “He uses color theory to help understand which pigments can be combined to achieve a desired look.”

It’s not just color and contrast, but perfectly matching the pattern on a baitfish. Stephen Browning, Bassmaster Elite Pro and LiveTarget lures guru points to subtle variations in lines, spots, blotches and speckles.

[ Also read: How To Choose The Right Fishing Kayak ]

“Our Sunfish Hardbody comes in 14 variations that match regional differences in color and pattern,” says Browning. They break the patterns down to two sunfish subspecies: bluegill and pumpkinseed. “Bluegill have bars and pumpkinseeds have mottled spots,” he explains. Then, they go to the extent of matching the bright colors of a sunfish being driven to the surface by a predator. “We also have pattern variations for fish in tanic or clear water.”

Even with the amazing attention to detail possible with modern lures, old tricks die hard. With all the colors and patterns available to pro angler Iaconelli, he still breaks out the permanent markers and lure paint once in a while. “I don’t want to be that guy not catching fish,” he laughs. 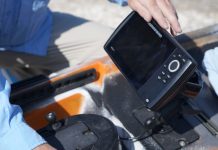 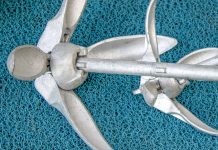 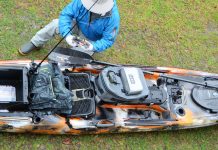