Five thousand miles north of Panama, the videos caught the attention of the property manager of the largest deep-sea fishing service in Alaska.

Adam Shoen of Waterfall Resort northwest of Ketchikan was so impressed he invited Fisk to Alaska to test kayak fishing in pursuit of king salmon, trophy halibut and lingcod. If the trip was successful, Fisk agreed to spend part of the year guiding for the resort. 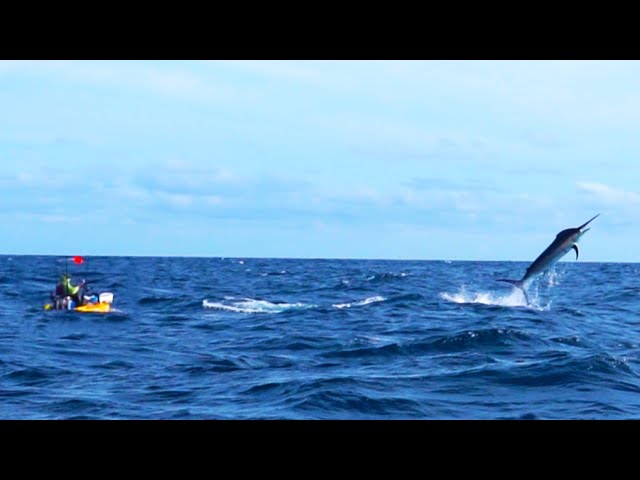 Alaska fishing was new to Fisk, but he accepted the invitation and in June brought two other kayak anglers to the huge remote fishing resort in the middle of Alaska’s best fishing.

Working with one of the resort’s seasoned guides, the kayak anglers loaded their boats on a charter boat and tested whether Alaska fishing methods could successfully be applied on kayaks launched from a bigger boat.

Lodge managers were a bit surprised by Fisk’s success. Fisk recalls, “Basically we caught everything swimming off Ketchikan, so it was super productive. We were easily able to convince the big guys to start a kayak operation.”

During the trial run, Fisk tried a technique called mooching. The tactic involves cutting the head off a six-inch herring and attaching the body to a hook about six feet below a four-ounce weight. The angler drops the bait to the bottom and reels it up to the surface so the fish spins through the water.

Other times Fisk used a salmon skullcap, a piece of bait cut from the carcass of a salmon. This tactic landed him a monster 163-pound halibut.

After fighting the fish, Fisk decided to land the huge halibut in his lap. He was able to muscle the barn door into his kayak by grabbing both of the fish’s gill plates and pulling it on board long enough for a photo.

It doesn’t take a big boat to catch a monster

During Fisk’s visit, resort staffers saw firsthand the advantages of fishing kayaks over the bigger boat. “The weather can be very windy, making it hard to keep the bigger boats on good fishing spots.” Fisk says the kayaks were better able to stay in position and allowed anglers to fish closer to kelp beds and rocky shoreline.

The resort’s staff were impressed with the kayaks’ maneuverability and ability to get in and out of tight spots. Now they plan to retrofit one of their charter boats into a fishing kayak mothership.

The Alaska coastline even reminded Fisk of Panama, with deep drop-offs near shore, scenic shorelines and surprisingly warm temperatures. 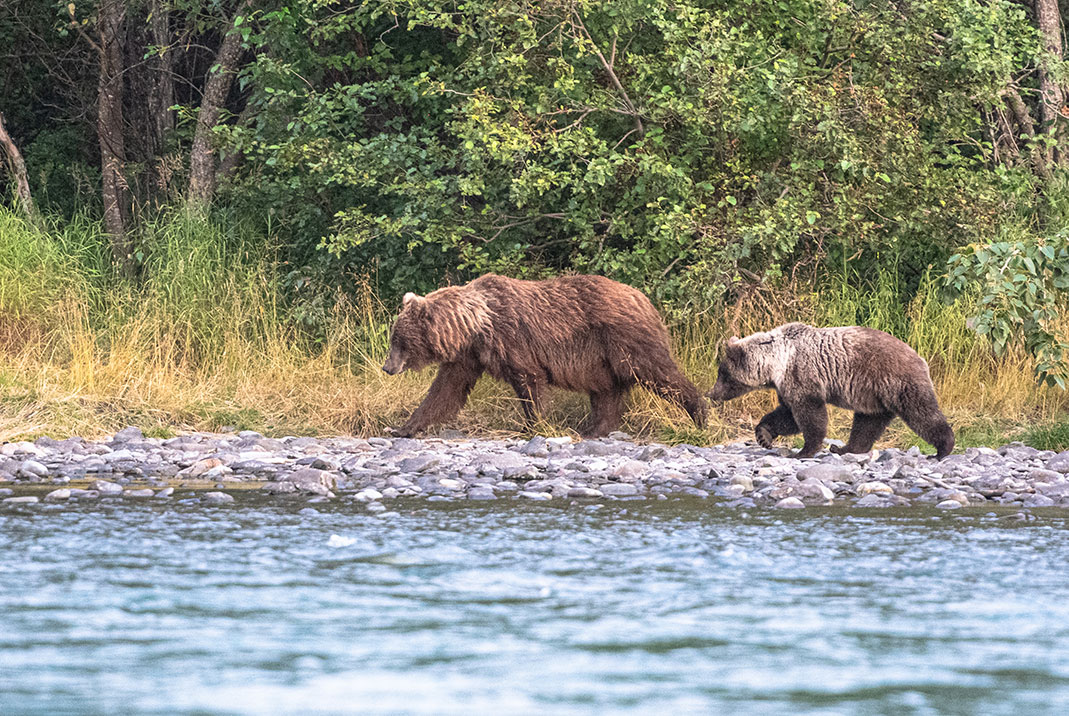 Mike Dooley, who oversees sales and marketing for Waterfall Resort, said kayak fishing will be something new and different for current visitors and will attract kayak anglers.

Back home in Florida, Fisk is eager to get started at the resort. “I am excited to get back to Alaska,” he said. “I have people beating down the door to join the trips.” 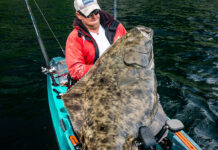 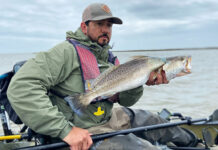