Their frightening countenance notwithstanding, lingcod are a great fish to target from a kayak. The fish are found near shore from southern California to northern Alaska. Despite the common name, lingcod (family Hexagrammidae) are not true cod (family Gadidae).

The lingcod’s jagged teeth, large size, mottled brown sides and single, long continuous dorsal fin make identification easy. Ling tend to run smaller at the southern end of their range. In the warmer waters of northern Baja and southern California, a 20-pounder is a good catch. From Oregon north to Alaska, it takes a 50-pounder to raise eyebrows. 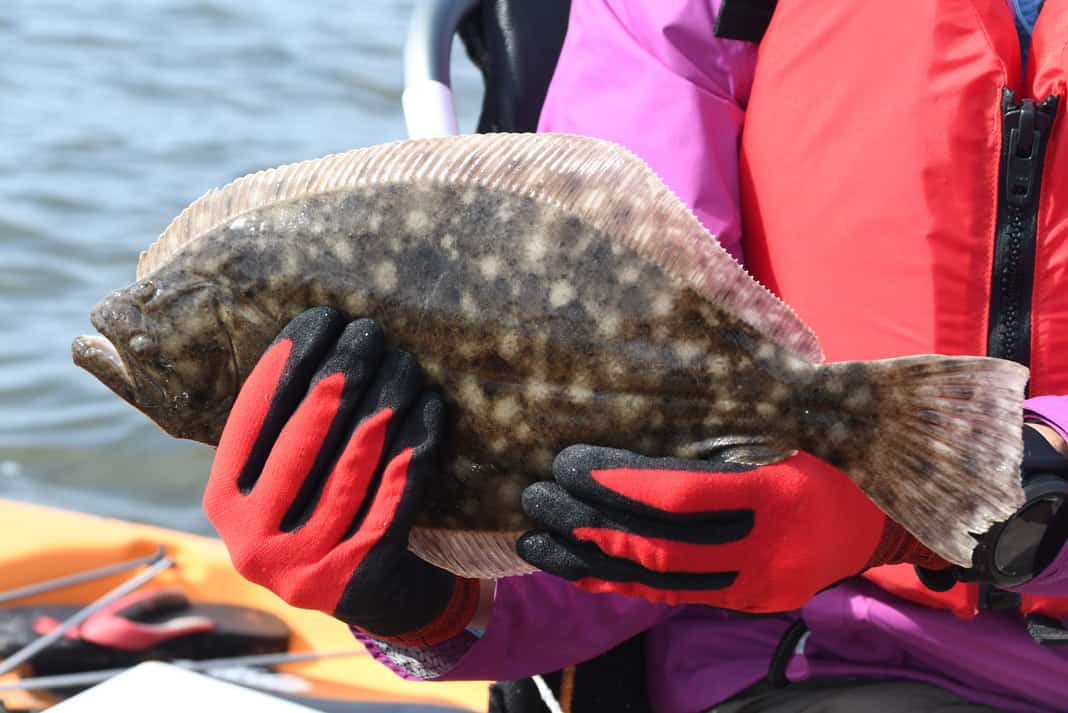 Ling are ambush predators. The fish use a large mouth to suck prey into jaws full of sharp teeth. Ling do not have a swim bladder to help them float, so they lie on the bottom and wait for a meal. Aggressive hunters, ling aren’t afraid to swim towards the surface to hunt down a meal.

Ling are famous for latching onto an angler’s catch. As the angler reels in a smaller fish, a big ling will grab the catch and hold on. I’ve caught a two-pound ling with a 10-pounder holding tight and a 30-pounder latched to the 10 pounder like a Russian nesting doll.

How to Catch Lingcod

Ling love to grab a leadhead jig and plastic tail. Kayak angler Jim Davis, a lingcod expert from Kennewick, Washington, favors a long sand-eel imitation in four to 11 ounces. He uses local-made Lancers as well as Berkley Gulp! Saltwater Grubs. Recently, anglers have been dropping slow-pitch metal jigs such as the 250-gram Major Craft Jigpara. Given the ling’s proclivity for latching onto a smaller fish, Davis isn’t shy about dropping a live bait into ling territory. 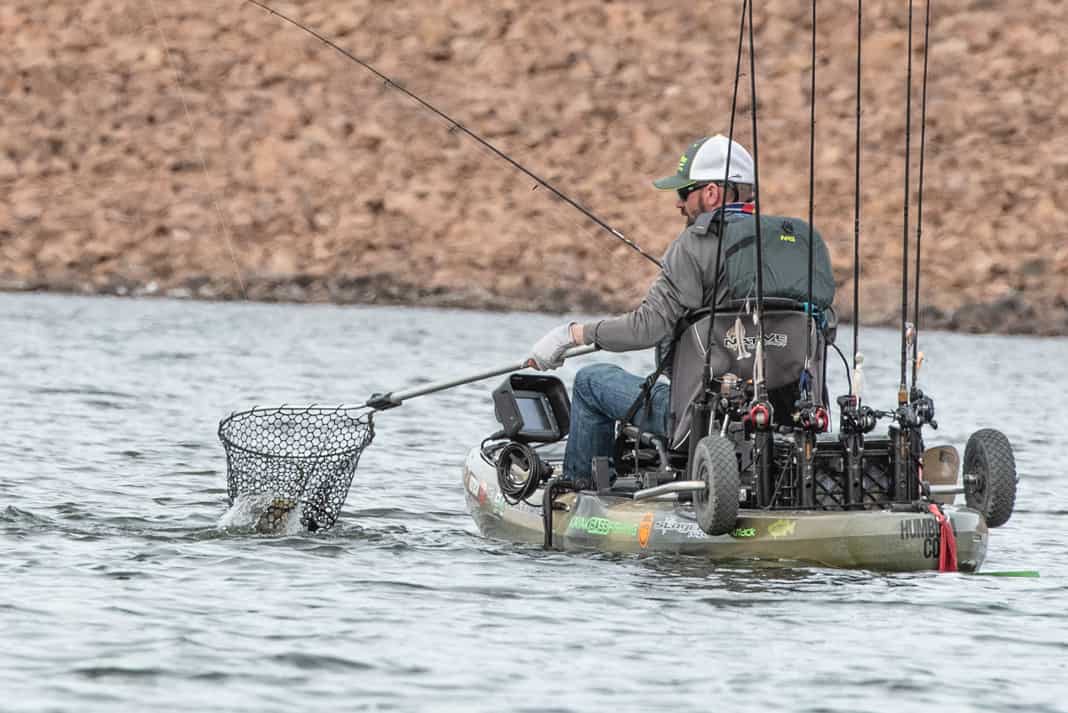 Once a ling is on the hook, it makes strong rushes then succumbs to the angler’s reel. Ling may not be the fiercest fighting fish, but they are an exciting catch.

Always bring a landing net. Since big ling like to attack smaller ling, a net helps to land the fish that isn’t hooked. The bigger ling will hang onto the smaller fish until it reaches the surface. If you try to lift the unhooked ling out of the water, it will usually let go and swim free.

It is easy to release ling because they don’t have a swim bladder that could cause barotrauma. The stress of being pulled to the surface from the deep causes many species of fish to disgorge their swimbladder reducing chances of surviving release. Ling cod simply swim back to the bottom and wait for the next meal.

Most important, before targeting ling, check catch regulations on the fish and bait. Ling are popular sportfish, so they are carefully managed to protect the population.

Any place along the coast from California to Alaska is likely to harbor lingcod if the area has two essential ingredients: heavy structure and current. Look for pinnacles and drops from just beyond the surf zone to over 100 feet deep. Ling also haunt kelp beds along the shore. 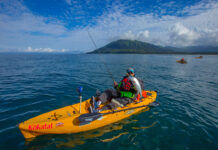