Kayak fishing tournaments can feel like a bit of an old-boys club, but with these pro tips its all up for grabs no matter how long you have been on the circut. Wilderness Systems pro staffer and tournament expert Jedediah Plunkert is known far and wide as the man to beat. When it comes to moving water smallmouth it’s hard to get on the same level as Plunkert, so we’ve tapped him to share his secrets to tournament success for the anglers just getting their start in the tourney scene. Use his tips and tricks to go from beginner to champion in no time and start giving him a run for his money.

Keep It Organized, Keep On Fishing

Tackle organization and gear consolidation is what it’s all about; many anglers seem to overpack and bring twice as much gear as needed. I like to fish with almost the bare minimum on tournament day. As long as I’m comfortable with the homework I’ve done and pre-fishing went well, I know that I can “cut the fat” inside the kayak. When there’s too many options of lures or rods, it can become confusing and waste time. This takes away from the main task at hand, which of course is catching fish.
I will pre rig presentations that I know I will be throwing, neatly organize then in a tackle tray or hang them on a “rig stick.” This is just a chunk of wood I use with a pool noodle wrapped around it. I’ll keep it close, usually under my seat, so I can grab lures quickly. 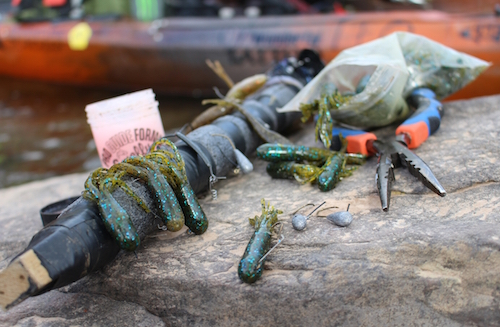 It’s important to eat and stay hydrated while fishing. Kayak anglers burn through hundreds sometimes thousands of calories while they’re on the water. I wake up early on the morning of tournaments, (if I sleep at all), and make a large breakfast. This meal will provide the calories and nourishment to power me through the first part of the day. It’s tough to allow time for eating while you’re in the heat of competition, but it’s essential to eat some.
I will pack pb&j sandwichs, beef jerky, apples, granola bars and my all time favorite: baby food. Yup, it’s true. They’re packed with all types of essential nutrients, some are even tasty, they require very little room to store and they’re a fast one-handed meal to slam down while still fishing!
As for the hydration part, I will throw multiple bottles of water in the kayak at the boat launch, with at least 2 in the cockpit. Seeing them up front with me reminds me to drink them throughout the day. 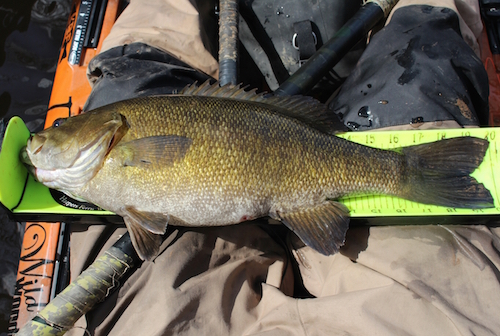 Fish Harder Than Ever, But Smart

Keep fishing steadily throughout the day and always keep a lure in the water. Many times I’ve seen a friend of mine or another competitor throw in the towel long before the buzzer rings. In many cases when tournament fishing just one fish can make a huge difference. The angler that keeps his/her head in the game no matter how slow it gets or what the circumstances are usually finishes up top in the leaderboard. Everyone has tough days on the water, but being able to overcome that and push on can be the ultimate game changer.
Also, fish hard, but don’t be afraid to slow down. By slowing down, I’m talking about presentation. Keep fishing constantly, but when the bite slows due to conditions or pressure, don’t be shy of switching over to finesse fishing. A lot of anglers power fish exclusively during tournaments, but it is not always the most productive. Keep focused and stay confident. Keep this thought in your head constantly: next big fish will hit right…now. 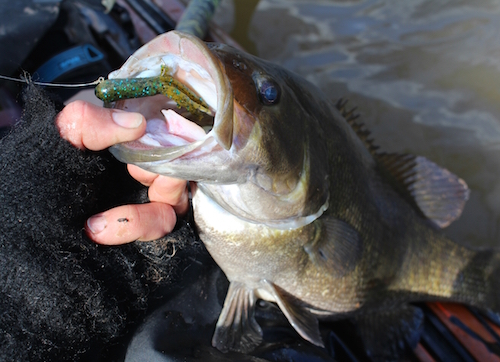