Are you trolling for king mackerel, working crankbaits for bass, sight casting to redfish, vertical jigging tuna, finessing a smallmouth or walking-the-dog for striped bass? Well, there is a reel for you. On the other hand, there are great do-it-all fishing reels if you have your sights set on a broader range of tactics.

Understanding different types of fishing reels requires an understanding of how the reel is suited for a specific tactic. Sure, you can do it all with one reel. But, to maximize your chances of catching a fish, you will want a reel with features that improve success.

For example, finesse fishing requires casting a light bait with pinpoint accuracy and then jiggling the lure and waiting for the slightest bite. Yes, many fish have been caught by anglers finesse fishing with a baitcasting set up. But a spinning rod offers advantages when casting a light lure and feeling the slightest vibration on the line. Can you catch fish finessing a baitcasting rod? Yes. Will you catch more fish with a spinning reel? Probably.

Spinning reels are most popular because they are easy to use. But these reels are also perfect for many types of fishing. A spinning reel hangs below the rod and uses a wire bail to wind line on the spool.

Since the reel hangs below the rod, spinning reels are more sensitive allowing the angler to feel every vibration of the line. Spinning reels are also more powerful, because the line guides are under the rod for more lift. Most spinning reels have the handle on the left side for a right-handed caster. Lefties can unscrew the handle and switch it to the other side of the reel. There is no need to hold the spinning reel above the fishing rod.

Spinning reels don’t hold as much line as a trolling reel, and they don’t cast as far or accurately as a baitcasting reel. To cast a spinning reel, start by holding the rod with the reel seat between your ring and middle fingers. Use your pointer finger to hold the line and open the bail. Let the lure hang six to eight inches from the rod tip. Point the rod behind you and with a wide, overhead arch release the line when the rod is at ten o’clock.

For a beginner or an accomplished angler, spinning reels are easy to use and offer many advantages. To target a wide variety of fish from largemouth bass to redfish and striped bass, anglers choose a seven-foot, medium-action spinning rod matched to a 2500 size spinning reel. Spool the reel with 10 pound test mono or 20-pound braided line and add a short leader of 15-pound test fluorocarbon. This set-up will fish everything from topwater lures to bottom baits with a specialty in finesse lures and weightless soft plastics.

Baitcast reels are a popular choice for inshore and light-tackle anglers expecting to make a lot of casts. A baitcast reel sits on top of the fishing rod and winds line directly onto the spool. Since the reel can be operated with one hand, it is more efficient for repeated casting.

Baitcasting reels also offer more control of the line. When making a cast, the angler can lightly thumb the spool to stop the lure on the spot. Then, when a fish bites, clamp down on the spool with your thumb for a strong hookset.

On a baitcasting reel, line leaves the spool directly so the rod guides are smaller. Baitcasting reels allow line to travel faster for a longer and more accurate cast. A reel with an open spool will cast farthest. Reels with a line guide make it easier to work a lure.

For fishing crankbaits, wake baits, swim shad, buzz baits and other fast, steady-retrieve lures, a baitcaster makes it easier to fish all day. Anglers like a baitcasting reel for topwater lures and frogs because they can apply immediate pressure when a fish explodes on the lure. With a lower center of gravity and one-handed operation, baitcasting reels are more comfortable for making cast after cast and working heavy lures.

In saltwater, anglers prefer baitcasting reels to cast a heavy lure a long distance with pinpoint accuracy. Baitcasting reels also retrieve the line faster to work the lure at top speed. For left-handed anglers, some models come with the handle on the left hand side.

The first step to preventing a birds nest is adjusting the settings on the baitcast reel. Most baitcasters have two cast control adjustments: the brake and spool tension. A good way to start is to let the lure hang from the rod tip with your thumb on the spool. Tighten the spool tension to dangle the lure from the rod tip. Then, loosen the tension until the lure falls to the ground.

Adjust the brakes by starting with them on the tightest setting. Then, slowly loosen the brakes to get the most distance and accuracy without blowing up the reel. Once the reel is adjusted, it’s time to try casting.

[ Read more: How To Cast A Baitcaster Like A Pro Right Away ]

As the lure flies, it changes speed, so you must control the spool. During the cast, while the lure is flying through the air, apply gentle pressure to the spool with your thumb to keep the line from fluffing up. When the lure lands in the water, jam your thumb on the spool to stop the line from overrunning.

It takes some practice and patience, but a baitcasting reel will cast quicker and farther with more accuracy. Even the pros get a backlash now and then.

Trolling reels are a heavier version of a baitcasting reel with greater line capacity and higher drag pressure. Trolling reels use either a star drag or lever drag. A star drag can be set at a specific drag pressure for the duration of the fight. For larger fish, a lever drag can be adjusted through a range of preset settings to adjust the pressure during the fight. Big game anglers also favor a two-speed reel, which can be switched from a high speed retrieve for bringing in the line and a low-speed for more power fighting a fish.

In addition to trolling, these heavy reels can be used for bait fishing and vertical jigging. A six to seven-foot, medium heavy rod matched to a 20- to 30-pound reel spooled with 50 pound braided line and a topshot of 100 yards of 20 to 30 pound monofilament is a good trolling or bait-fishing outfit. Remove the topshot of monofilament for vertical jigging.

A spincast reel is easiest to use. The reel sits on top the rod and the spool is encased in a metal housing. Just push a button, swing the rod, and the reel takes care of casting.

Spincast reels are great for kids or new anglers, but they rob you of casting distance and accuracy. These reels don’t have drag adjustment, so they are best for small fish. The reels are most often sold with a matching fishing rod for a perfect beginner’s combo.

Fly fishing uses a heavy line to cast a light lure. Anglers work the lure and make the cast by stripping the line. A fly fishing reel is mostly used for holding line between casts and fighting the fish. For this reason, fly fishing reels have a large arbor to hold heavy fly line. Peel line off the reel to cast then use the handle to crank in line when a fish is on.

As fishing reel brands compete to win new customers they are designing better reels at a lower price. Innovation and advancements once only available on expensive reels are now found on lower-priced models.

In a kayak, reels are exposed to water, dirt, salt and grease without protection. A good reel for kayak fishing will feature the best quality components and toughest construction.The following fishing reel brands produce great reels at a price for anyone.

How to Choose a Fishing Reel

When choosing a fishing reel, first consider what type of fishing you do. For most applications, a spinning reel will do the job. Anglers looking for more control and accuracy will want to employ a baitcasting reel. For heavy trolling and deep jigging, a trolling reel will hold the most line and apply the most drag pressure.

The best reel will be light and comfortable to fish all day. And the materials and construction will be tough enough to last for years of abuse in a kayak. The best plan is to use the lightest, toughest reel that can take on the fish you plan to chase. 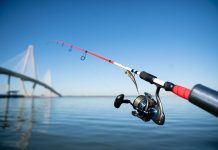 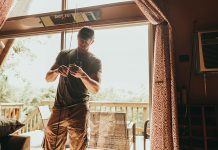 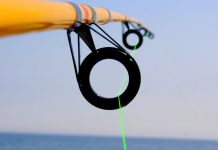 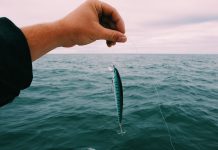 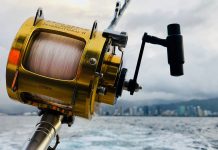