Regardless of whether you cast bait, lures or flies, your fishing reel is one of the most technical pieces of equipment on your kayak. At first look, a reel may seem simple. But a deeper investigation reveals a high-tech wonder of materials and design. From history to technology and culture, the fishing reel is an unsung hero of epic fish battles. Here are some reel-ly interesting facts about reels.

The Secret Life Of Fishing Reels

1 Some people reel in fish, others reel in the years. In 1972, Steely Dan’s hit song, “Reelin’ in the Years,” from the band’s Can’t Buy a Thrill album, reached number 11 on the Billboard chart. Led Zeppelin guitarist Jimmy Page reportedly said the guitar solo, performed by Elliott Randall, was his all-time favorite.

2Reel-to-reel tape machines are seeing a resurgence among audiophiles looking for the highest-quality recorded sound. Unlike vinyl records, tape allows clear, crisp sound from end to end without wearing out over time. The best machines can cost over $10,000 with taped recordings running hundreds of bucks.

3Remember the line dance called the Virginia reel? The dance features a caller shouting out commands as dancers line up and sashay down the alley culminating in a do-si-do. In recent years, from Appalachia to the Scottish Highlands, the Virginia reel has regained popularity as a cultural relic.

4The earliest known image of a fishing reel appears in the 1195 painting, “Angler on a Wintry Lake,” by Chinese landscape artist Ma Yuan. The ink and wash painting depicts an angler in a canoe with a hand wound reel attached with twine to a bamboo pole. Modern fishing reels first appear in print in the 1651 book The Art of Angling, an English primer on how to catch fish.

[ Read more: 26 Of The Best Fishing Books Every Angler Should Read ]

5Fishing reached the masses with the first spinning reels. In 1907, textile manufacture A.H. Illingworth was inspired by his weaving machines to invent a reel using a shuttle to wind line around a fixed spool. After World War II, companies like Mitchell mass produced thousands of spinning reels. By the 1970s the spinning reel provided an inexpensive and easy way to get in on the fun.

6The unofficial record for the largest fish caught on rod and reel goes to Frank Mundus (the inspiration for Captain Quint in the movie Jaws) and Donnie Braddick. In 1986, Mundus hooked a 3,427-pound great white shark and handed the rod to Braddick. According to Keith Cowley, at the Living Sharks Museum, the fish was caught on a PENN International 130, the largest reel available at the time. 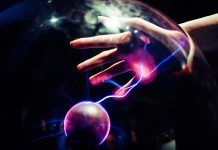