Jason Freitas launched his kayak off the island of Hawaii prepared to tangle with 80-pound fish at most. That’s when the angler hooked into a 250-pound black marlin. What would ensue for Freitas was a 3-hour and 45-minute ride with the fish that pulled him miles offshore.

Unintended Battle With A 250-Pound Marlin Off Hawaii

“I was trying to catch some ahi or ono, and I heard a big splash behind me,” Freitas told Hawaii News Now in an interview.  “I turned and looked, and I seen one marlin jumping but none of my poles were going off or anything. So I kind of just looked at it, grabbed my pole, reeled it in and I watched the slack of my line slowly come across toward the fish that hooked onto it.”

According to Freitas’s Instagram post recounting the event, the fish began to drag him at speeds up to 7 miles per hour. Carrying Freitas around three miles offshore.

“I had to play this battle smart as I was only running 40lb fluro with a 44lb wire leader on a size 5 and 7 Gamakatsu hook,” Freitas wrote. “This bad boy took me for a ride of a lifetime! At points dragging me up to 7 mph.”

After nearly four hours, Freitas landed the black marlin he estimated to be 250 pounds. In the interview with Hawaii News Now, he acknowledges he has been kayak fishing for about a year, and the catch was one for the bucket list.

The Hawaiian angler certainly has that right. A 250-pound marlin will be a tough accomplishment to beat in his fledgling pursuit of kayak angling. But the canyons off the coast of his home island of Hawaii are the right spot for following acts. We look forward to seeing what takes the line next. 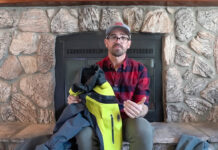 Angler Debate: Why Drysuits Are The Superior Choice To Waders (Video) 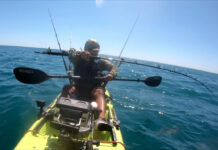 Offshore On The Texas Coast (Video) 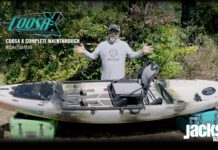 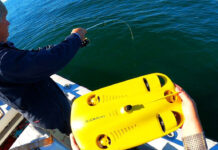