Ride the Bull, the World’s Largest Kayak Fishing Tournament kicked off on Friday, August 26 in Grand Isle, Louisiana. Hundreds of kayak anglers descended onto Louisiana’s only inhabited barrier island for what always proves to be a fishing tournament like only Louisiana can throw. Friday night saw registration, a Go-Pro film festival and a Cajun boiled shrimp dinner all followed by the Wise Guys band for some live music to get folks in a fishing mood. Of course the night ended with a New Orleans style second line march around the rodeo pavilion at Bridge Side Marina. 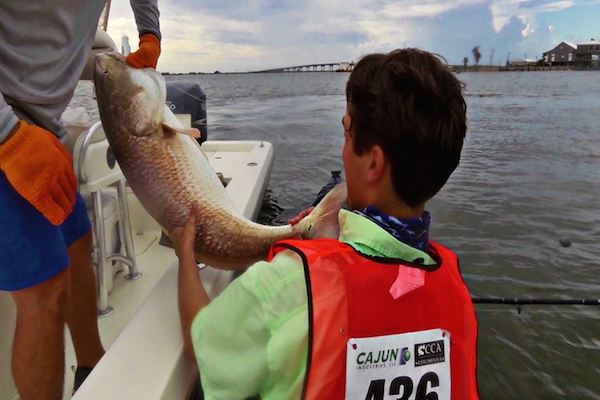 With a large portion of the state still reeling from the terrible flooding that killed several people and damaged over 100,000 homes, the event went on well cognizant of those still displaced and trying to get their lives back in order. Some flood victims needed a break and came down anyway, others were just too consumed in their situation to get away. Those not there were not forgotten. Heroes on the Water raffled off a beautifully framed American Flag with all of the proceeds donated to flood victims. Tournament sponsor, The Backpacker, sold special edition tournament decals with all of the profits going to Habitat for Humanity. As the World’s Largest Kayak Fishing Tournament, Ride the Bull continues to put up impressive numbers. Just over 600 kayak anglers registered for the tournament (many before the devastating floods) and 545 actually put boats in the water on Saturday morning. The tournament featured a shotgun start where the anglers spread into a defined area of Caminada Pass in search of only bull redfish.

It’s quite a sight to see that much plastic spreading across the pass. Several assist boats milled about the anglers helping where needed, but primarily to accept the landed fish from the kayak anglers and bring them to the scale. The fish were tagged with the angler’s rodeo number and the time caught.

The bulls were placed in a live well and quickly transported to Bridge Side where a team of tournament volunteers and Louisiana Department of Wildlife and Fisheries personnel received them with the skill of a hospital emergency room. The reds were placed in revival tanks waiting to be weighed, measured, and tagged before live release. The volunteers make every effort necessary to ensure a healthy release. It didn’t take long for fish to start hitting the scale on Saturday morning. The first fish was recorded at 7:30 a.m., mere minutes after start time. There was a flurry of early action with the assist boats doing all they could to keep up. Spurts of activity continued throughout the day and kept the interest high and the anglers motivated. If you weren’t catching, chances were high that someone nearby was. 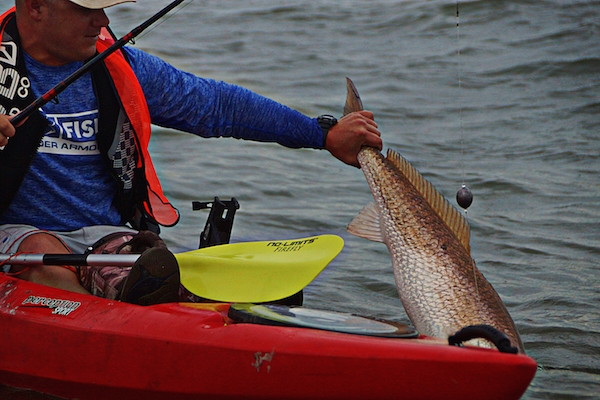 The last fish was hooked a few minutes before the 2:00 p.m. stop time. The angler was allowed to finish the fight and land the fish, but it was not heavy enough to make the top-ten. 133 bull reds hit the scale and when all was tallied, it took nearly a 29 pound bull to make it to the winners’ circle. With all the impressive fish coming to the scales, 16 year-old Brock Miller was the one that held on to take the top prize. “I’ve fished Ride the Bull four times and never caught a bull. I can’t tell you how excited I am. On the ride down, my dad said that this was our year. He was right,” Miller said. So just how lucrative is winning the World’s Largest Kayak Fishing Tournament? Brock Miller scored a Midnight colored Atak 140 out of the selection of kayaks provided by tournament presenting sponsor, Wilderness Systems. The Atak 140 is valued at nearly $1,800.00. Miller will also be able to rig it out pretty nicely with some of his cash prize winnings of $3,000.00.

All top five winners received their pick of a selection of Wilderness Systems kayaks and a cash payout. Winners in places six through ten also received a cash prize in addition to selecting a prize that varied from custom fishing rods, a Go-Pro camera or Lowrance fishfinder. Several lady anglers participated in the rodeo and two finished in the top-ten with several others weighing in fish. The Ride the Bull champions for the last two years have been lady anglers, a feat not lost on the guys. It was time the male anglers stepped up their game and they have Brock Miller to thank for putting them back on top. We’ll see if that continues next year. 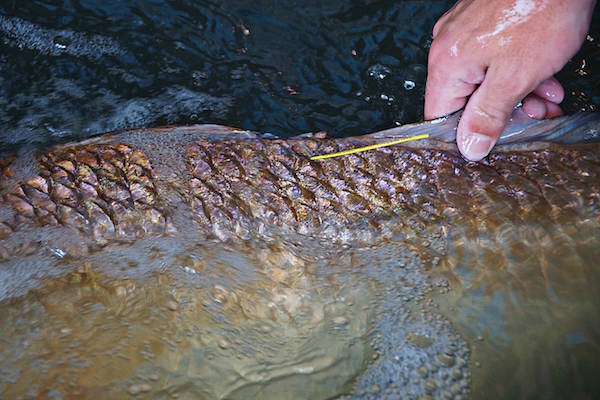 For more information on Ride The Bull, go to: www.ccalouisiana.com