Learning to fly fish can prove challenging for many anglers. In college, I taught myself how to fly fish after receiving a fly rod from my parents for Christmas. As soon as I opened the gift, I committed myself to catching trout on the fly rod despite the frozen Pocono landscape. Little did I know that I would soon be skunked for weeks and months on end.

How to Outlast a Losing Streak

Before I even started fly fishing, I set my goal high. I promised to learn to fly fish well enough to catch at least one trout each month of the year.

Despite my commitment, January came and went without a fish. Trip after trip on a cold, pristine Pocono stream, I fished until returning to my Subaru wagon with frozen hands. No problem, I could start my 12-month fish cycle in February.

February was a goose egg. I was getting better casting and presenting the fly, but I still couldn’t get a bite.

According to a study conducted by the Fishbrain social fishing network, anglers often face fishless streaks. The survey revealed 35 percent of anglers indicated their longest period without a catch was between two and four months.

March began slowly, but the state Fish and Boat Commission stocked a fly-fishing-only section of my local stream. I hoped captive fish were going to be my big break.

Days turned into weeks without success until I finally landed my first trout at the very end of March. I still remember the little brook trout took a hare’s ear nymph. I hadn’t caught a fish for three months. At the time, I thought 90 days without a fish was an eternity. Turns out, long losing streaks are more common than I realized.

According to a study conducted by the Fishbrain social fishing network, anglers often face fishless streaks. The survey revealed 35 percent of anglers indicated their longest period without a catch was between two and four months. Another 26 percent responded they had gone longer than four months without success.

[ Read more: Mental Toughness Is The Key When Fishing Is A Grind ]

The sorriest souls, according to the survey—a pitiful five percent—admitted their longest deficit lasted over a year. On the other side of the spectrum, nine percent of the survey respondents said that their longest fishless streak was less than a week.

The survey indicated the reason for fishless streaks varied. Some anglers explained their dry spell coincided with their first attempts at fishing. One angler said when he first started fishing he didn’t catch fish for a whole year.

Other study participants blamed the fish. For some anglers who target rare or challenging fish, going months and longer without success only drives them to fish harder.

Kayak Fishing Can Be Tough at First

My longest streak occurred when I learned to fly fish. The second longest streak came when I started kayak fishing. I was fishless for several outings before my first sleighride.

When the time was right and the planets aligned, my skunk in the kayak ended. On Mother’s Day, while paddling with my wife and daughter, I was trolling a lure when my rod bent over and the reel started screaming.

I landed a fat spring striped bass to end my fishless streak. Once the dam broke, the flood began. A few minutes later, I caught a six-pound brown trout.

Unless you’ve got beginner’s luck, learning a new type of fishing is going to cause long periods without a bite.

Anglers learn a lot during a fishless streak. They may learn new techniques, such as how to cast a fly rod or fish from a kayak. At the same time, we learn patience, appreciation of the great outdoors and persistence. And these lessons may be more valuable than a glory photo of your catch to show off to friends and family.

[ See also: Are You Still An Angler When You’re Not Catching Fish? ]

What is Your Longest Dry Spell?

After learning about a study by Fishbrain on angler success, we asked readers how long they’ve gone without catching a fish. 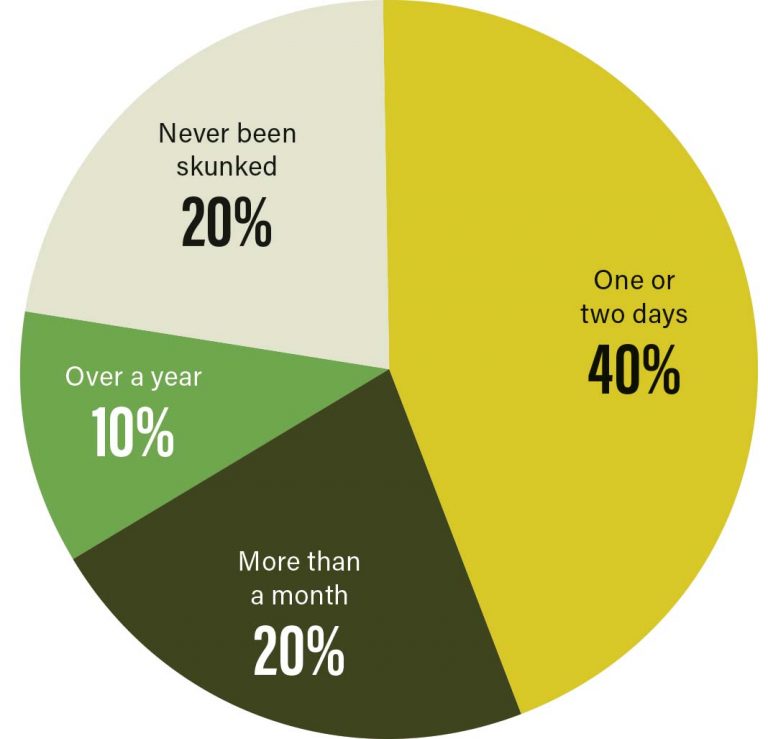 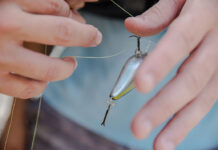 Hooked: The Minor Horror Of A Fish Hook Injury 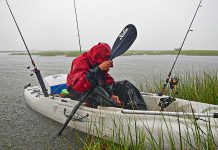 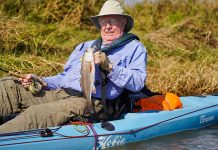 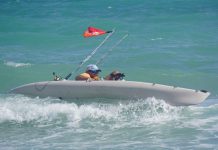