As a native Texan, the famous Finger Lakes have never been on my bucket list of travel destinations. Heck, I knew nothing about the place until my best buds, brothers Clint and Jordan Garrett, moved to Ithaca, New York. Clint is a chef and Jordan is a baker. They pulled up shop in Arlington, Texas, and headed to the food-and fish-rich Catskill Mountains a few years ago. 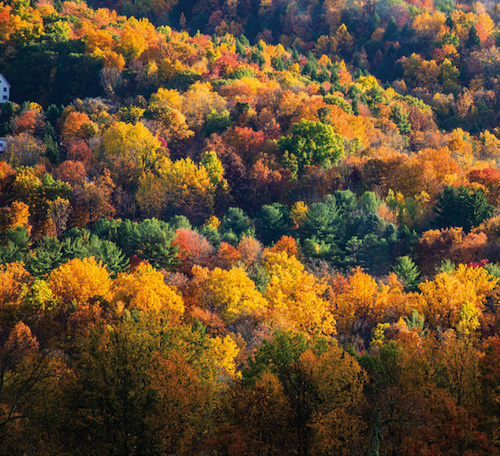 Since then, all I hear is how great the area is for farm-to-table food and quiet pace of life. One night, on a visit home, Clint and Jordan turned up the heat. Over a crack- ling campfire and a few cold ones, they described how the area was carved by glaciers leaving long, deep lakes full of bass and bluegill and rolling mountains cut by clear, cold trout streams. 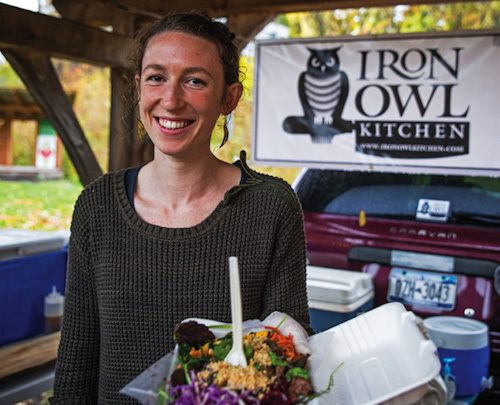 Curiosity got the better of me and I planned a trip for the climax of fall colors; something I had never seen before. I packed my bags and my fly rod and hopped on a plane headed for adventure. I flew into Rochester ready to get up early the next morning and make the drive down Seneca Lake and into Ithaca. 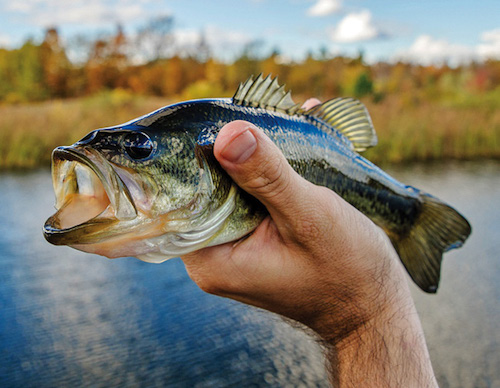 On the way, I made a last minute decision to cruise through Finger Lakes National Park. The 16,212-acre park is between Seneca Lake and Cayuga Lake and has over 30 miles of trails to explore. Glossy red, orange and yellow leaves colored the trees, fell from the sky and blanketed the ground. 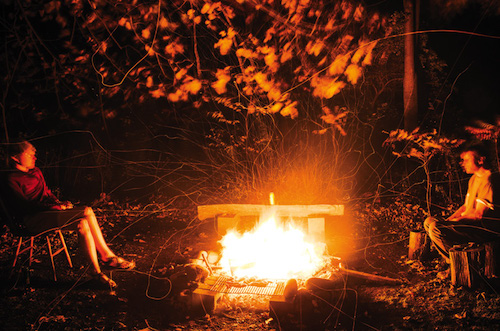 I couldn’t get a half-mile without stopping and shooting photos of the scenery. Eventually, I gave in to the landscape. I found a trailhead, packed a bag and started hiking. Rain and leaves fell from the sky. 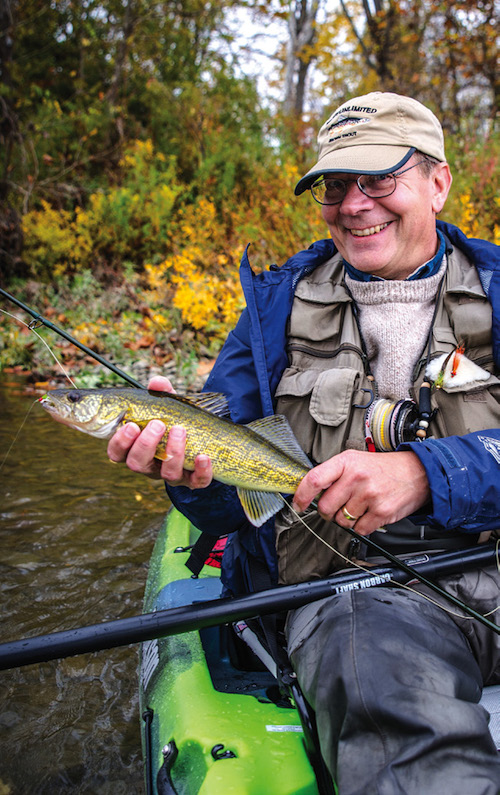 I stopped at the Trumansburg Farmers Market where I ran into Rachel Ostllund, who I met through Clint when she visited Arlington. She owns Iron Owl Kitchen and had a booth at the market, preparing delicious orchid bowls with local and organic ingredients such as homemade soy pick- led mushrooms and beets. Running into Rachel at the market proved how small the world is. 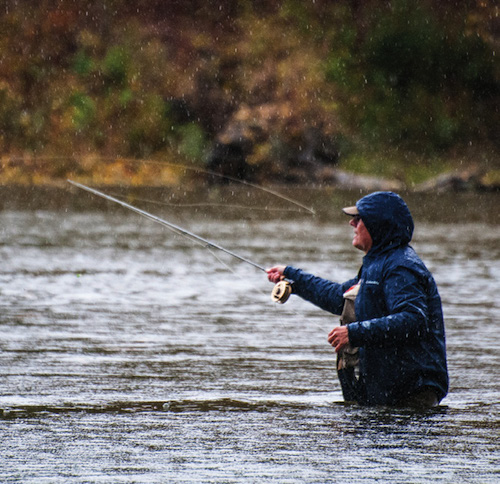 Jordan’s old farmhouse sits on a peace- ful plot of open land with a three-acre pond. Throwing woolly buggers and having a couple of Ithaca Beer Co. Green Trail IPAs, I ended up catch- ing about 30 of these little bass before calling it a day. 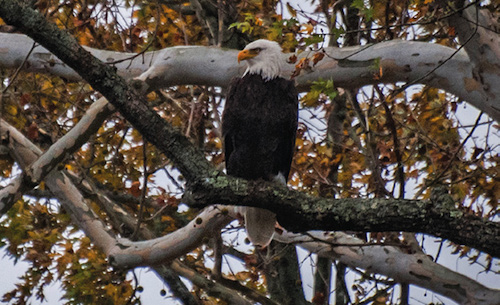 I made friends quickly. Mike Lenetsky and Ken Kemphues are avid fly anglers who agreed to show me around. I picked up a couple of kayaks from Puddle dockers on Six Mile Creek. We headed to the Tioghniogha River (locals call it Tio) for an afternoon paddle. Rain fell off and on all day and brightly colored leaves drifted down the clear river water near Cortland, NY. 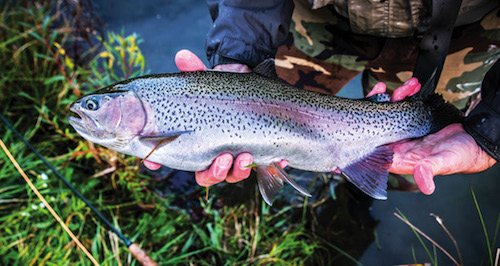 Mike and Ken had waded the waters many times, however, they were fairly new to fly fishing from a kayak. We paddled out of town and stopped to fish bends in the river targeting swift water rushing over the rocks. The fishing was tough with rain all day. Ken ended up catching the only fish of the day, a walleye. I saw many bald eagles on the river that day. It was fun chasing them down the Tio River with my camera. 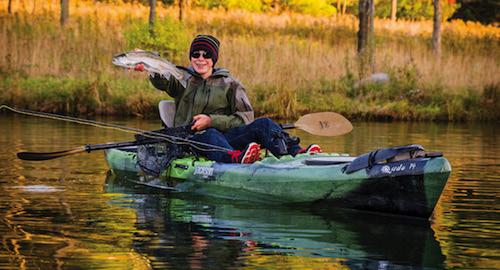 The next day, Mike and I decided to go to Finger Lakes Preserve with his two buddies: Josh Filter and Jamie Lovette. The Finger Lakes Preserve is a private- ly owned piece of land with two spring-fed ponds. One holds catfish and the other is full of giant rain- bow trout. The trout were fairly easy to catch on fly. At one point, all four of us had fish on. 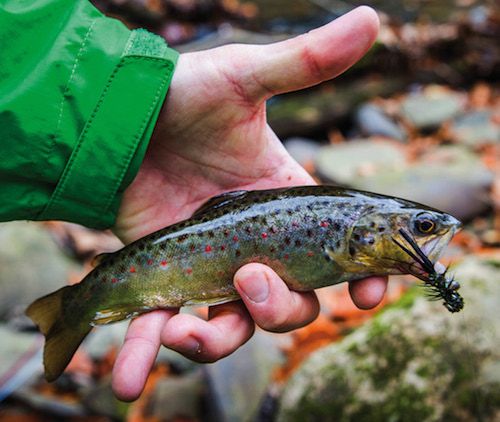 While the rainbow trout were easy to catch, the catfish proved the real chal- lenge. We wanted to take one home for dinner, but we couldn’t get the fish to eat. Eventually, I cheated and put a piece of beef jerky on my fly. I brought the fish to Chef Clint. He added his special Asian sauce, lemon, cilantro and wasabi peas for a crust, then grilled on the Weber. Awesome! 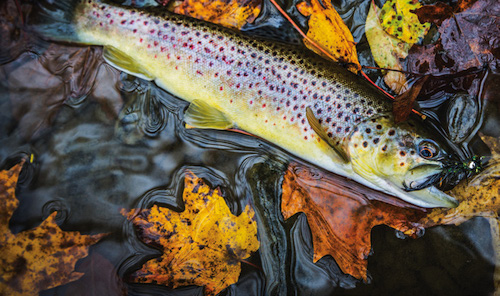 My next stop was Ithaca Beer Co. brewery and pub. This local brewery has a great atmosphere with fire pits and outdoor games. It was chock full of local life. Ithaca has a small town feel and everyone is down to earth. I really enjoyed sampling the specialty beers that aren’t sold in stores and the bison burger rocked my world. 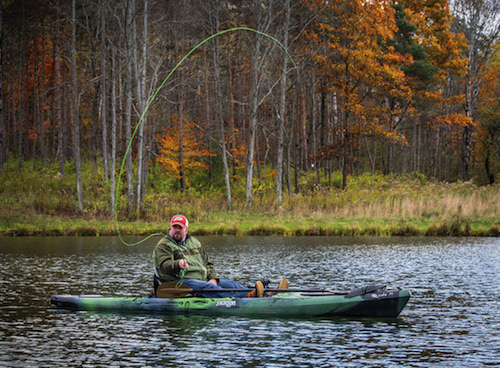 The last day I was in New York, Clint told me about his secret fishing spot. I put together a day pack and pulled on my waders before hiking up a secluded creek. I stopped to fish every deep hole along the four-mile stretch of water. 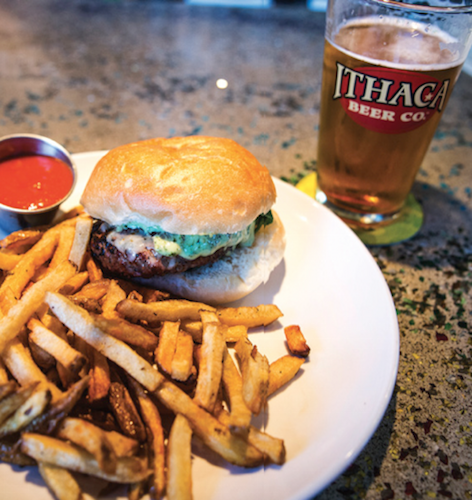 Using a black wooly bugger, I pulled native brown trout from deep holes behind deadfalls. The dense forest and tight stream are typical for the area and an angler can choose almost any stretch of water to fish for trout. 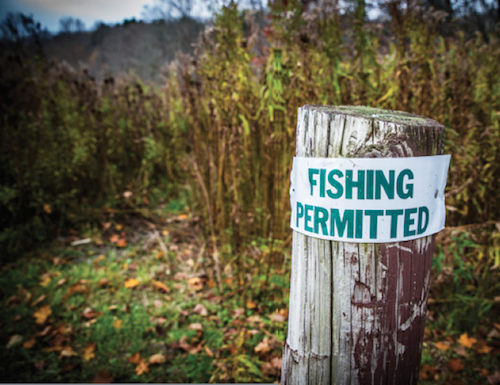 Tour the Finger Lakes and stop by these great destinations: