Can you remember the kid from your school days who was picked on, who wasn’t particularly weak or nerdy? When the bullies poked and prodded their chosen target this normally placid individual would erupt into an uncontrollable rage lashing out with a blind fury, making them scatter (which also created some great entertainment for the onlookers). Well when it comes to fishing for chub with artificial baits, I am one of these bullies. 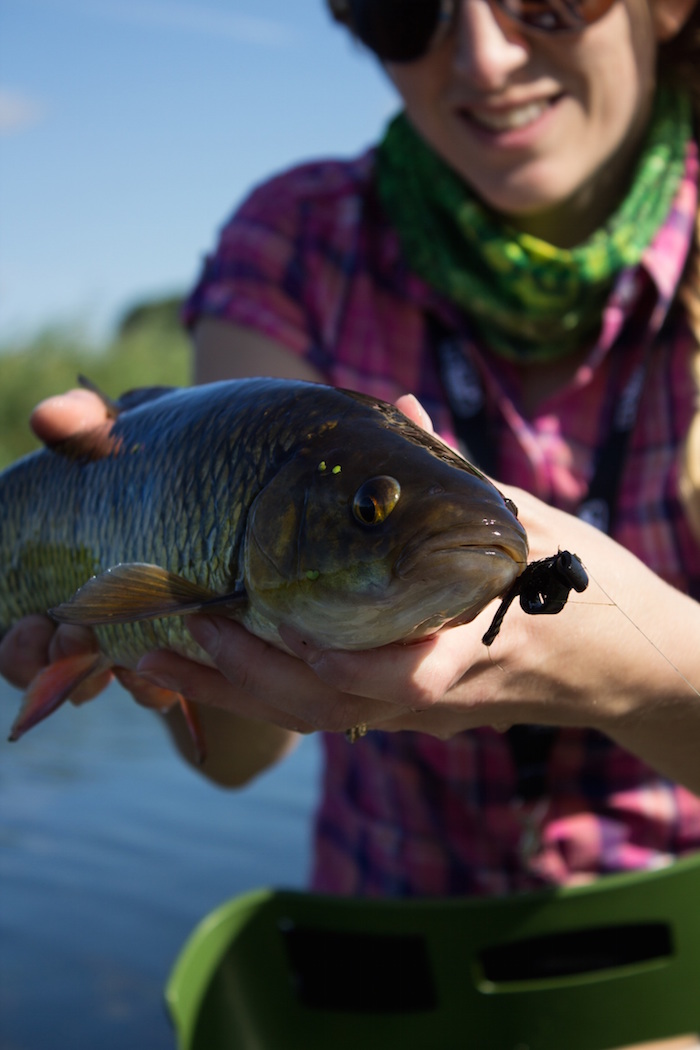 Photo: Whitefish, aka chub, won’t shy away from a properly presented lure or fly.

Unleash The Fury Of The Chub

The chub is an unassuming species, living predominately in rivers and choosing to spend most of its time lurking in the thickest of vegetation. This habitat allows it to stay out of sight from predators. It has the ability to consume a vast array of flora and fauna, which it can often find without the need of ever leaving its shadowy home.

It is, however, this need to eat (virtually anything they can fit in their mouths) that sometimes gets the chub into trouble. As you can imagine, chub find turning down a free meal almost impossible, so when a frog, mouse, or even a small fish passes the chub will strike hard and fast in order to get its meal before any of his buddies have a chance.

You are probably reading this thinking what a silly, greedy fish these chub must be and how they are probably easy as pie to catch. Well, think again! In my experience, big chub are one of the smartest fish that swims and can usually spot foul play to the smallest degree like no other freshwater fish around. However if you can present your frog, mouse, baitfish or crayfish imitation close enough to their snag-ridden lairs and then make it move in a realistic tantalising way without giving the game away then you can witness some fantastically savage takes. I have on more than one occasion watched as a following northern pike has been barged out of the way by a hungry chub that was so transfixed on eating what was on the end of my line that it has given up all caution and actually made deliberate contact with a predator that normally preys upon it. 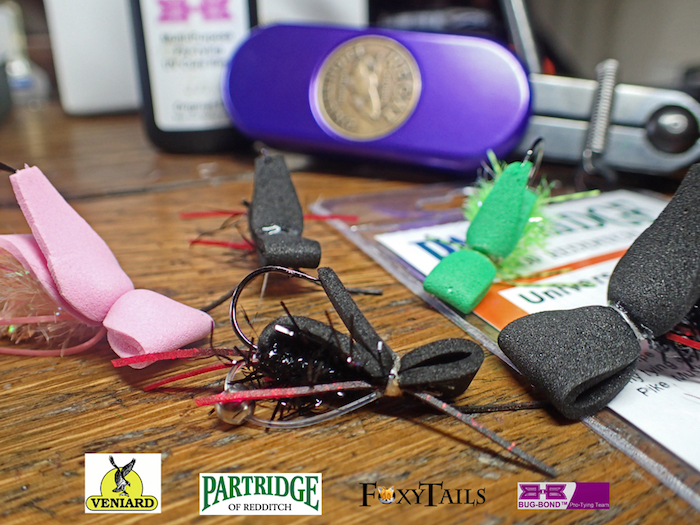 Photo: Even big, juicy terrestrial patterns like this can make chub go crazy and strike with a fury.

For me the kayak is the perfect vessel on which to hunt chub from as it allows an angler to access the small overgrown rivers that these fish frequent with an element of stealth and precision that can really pay dividend and gives the ability to cast a fly or small lures in the tightest of space.

I like to adopt a moving style of kayak fishing for chub that keeps me moving slowly down the river giving me access to all the fishy looking areas, often I will tuck myself out of the flow near one of these likely looking spots and make a series of stationary casts. If a fish is taken or lost only a handful of additional casts are made in that area as the likelihood of a second fish being silly enough to make the same mistake as his buddy before him is slim. 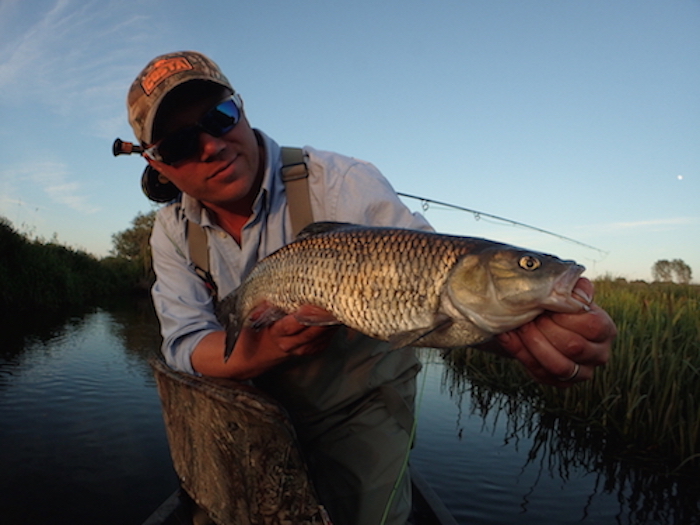 I use nine-foot for a 6-weight rod for chub coupled with a reel loaded with a WF-6 floating line and 6 to 9-pound tippet depending on the type of water being fished and whether or not pike are present. For lure fishing, I prefer a 7- to 9-foot lightweight bait caster or spin outfit and braided mainline of around 10 pound.

When making or buying flies or lures for chub, a little bit of imagination is needed as these fish always seem to be learning; they quickly become aware of unrealistic aspects of flies and lures especially hooks. When using lures on regularly fished rivers there is already many different actions that have the hooks hidden but when using the fly a little bit of creativeness is needed and an ability to think outside of the box. The chub is a fantastic species to target on artificial creations, and one that will make you a better angler always testing your watercraft, kayak control, stealth, casting and patience.

Expert Tips For Fly Fishing From A Kayak

The 3 Keys To Catching Catfish

How to Properly Assess Your Kayak Fishing Tournament Results

3 Steps To Get Into Your Fishing Kayak From The Dock