Fishing for bass during the slightly cooler months in South Florida can be just as productive as the rest of the year. You could research slowing down your presentation for cold winter bass, but the reality is that in Miami, cold fronts hardly ever hold long enough to truly shock the water. The year-round techniques we all know and love will still work when our tropical paradise gets a bit frosty.

Since water temps tend to get down to the low 60’s, and not much colder, I have adapted to using swim jigs, and football jigs to fish the bottom. Move them as unbearably slow as you possibly can and wait for the subtle strike before setting the hook. This requires a ton of patience.

You’ll also need to combat the wind, because otherwise, you won’t be able to hold your place over a fishy spot for long. Slow fishing is just not for everyone, and even if it was, sometimes it’s just not possible in certain conditions. So be prepared to change your approach to go not go home empty handed. 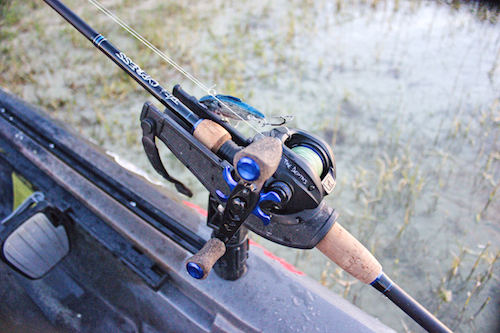 Back Up To Speed

After an hour or so of trying these slow techniques, I’ll end up switching to my go-to bait, the classic Rat-L-Trap. What I love the most about the Rat-L-Trap is how versatile it is. When the water is warmer, I cast it as far as I can from my kayak, in any direction that looks fishy. After contact, I immediately start the retrieve, varying the speed depending on what feels right until I get a strike.

The main things I look for while deciding my retrieve speed are water depth, water temperature and fish activity. If after a few subsurface retrievals I don’t get a hit, I will allow the lure to drop lower, and then try again. If I’ve traveled up and down the water column and still don’t have a hit, I will slow down the retrieve if water is between 60 and the low 70’s, or speed it up if water is in the upper 70’s to 80 degrees. When the strike comes, I set the hook with authority, to make sure the fish stays on. The sturdy treble hooks hardly lose a fish, and they usually make it all the way to my thumb. 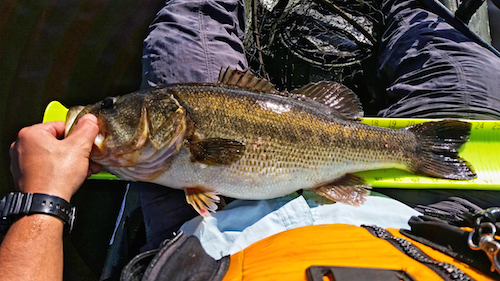 I recall back to a small friendly tournament a year or so ago, where the water temps were in the mid 60’s to low 70’s, and I tried everything in my arsenal before finally deciding to just try my luck with a Rat-L-Trap. I began casting one of my now favorite patterns, a ¾ oz Lectric Silver. I love casting near structure, especially lily pads.

I spotted a huge group of pads and cast just to the right of it all. My intention was to swim the lure as close to the pads as possible without getting hung up. Right as I was passing by, my rod bent down something fierce. The fight ensued and when I got the fish close to the boat, I was in awe. This big’un was sure to place me in the top 3. I won that tournament. Even in the cold, 60-degree water, a big fish lurking near the surface spotted my bait, chased it down and ate it.

Hawgs On The Surface

In these cooler temps even topwater baits will still work, and nothing beats a topwater strike for me, but fish are not likely to strike twice. If they miss the first one, you have to switch out to something else and throw it out quickly. Otherwise you can kiss that fish goodbye. I like disturbing the surface as much as possible.

My go-to topwater bait is any High Roller Propeller bait. Their weight allows me to cast them a mile. Also, they make a ruckus as they’re being ripped back to the kayak. I like to pause it a few times, because peacock bass and largemouth are opportunistic by nature, and that pause is a dinner invitation. 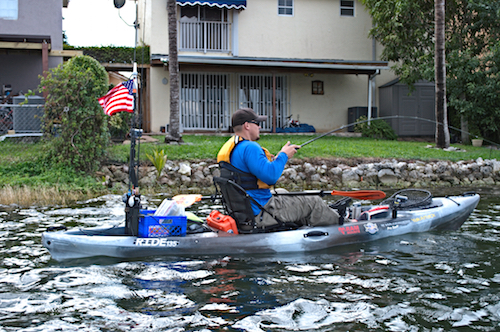 All About The Retrieve

The general rule of thumb is the colder the temperatures, the slower the retrieve. My workhorse baitcasters, the ones I use to continuously cast my “discovery baits” are always 6.3:1 ratios mounted on a 7-foot medium-heavy trigger rod. The long rod with a med-heavy action allows me to put some real whip into my cast to get maximum distance.

Casting far is important because it’s easy to alert nearby fish with something as simple as setting your paddle down too hard. The further you cast from your kayak, the farther away from your target you’ll be and the more likely the fish will be oblivious to your presence. The reel’s 6.3:1 ratio allows me to slow down the bait, but still be able to deliver the action they’re designed for.

As the temps drop, so does the velocity of my retrieval. If the body of water is deep, I simply allow the lure to sink to the bottom, and then begin retrieving. Fish might be a bit lethargic, but it’s hard to resist the vibration and action of lure like a Rat-L-Trap. 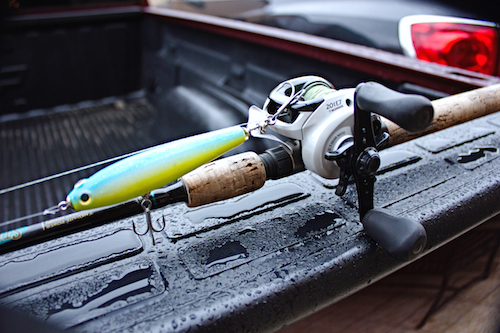 If all else fails, I prefer to cast 700 times with the Rat-L-Trap, rather than 100 times with a jig. I’m not saying jig fishing doesn’t work, heck, I’m trying to learn to do it better this year, but I just find it fun to cast to seven different locations while floating by a fishy spot on my kayak, rather than one. It’s all about the numbers for me, the more you cast, the higher your chances of a big fish spotting your lure.

Next time you get out, tie a three-foot piece of fluorocarbon leader to your braid (if you’re using braid). Create a little loop knot and attach any Rat-L-Trap of your choice. Remember to vary your retrieval speeds, and let the lure sink to the bottom if you’re not getting bit near the surface. These lures can really do it all, so don’t leave home without them! 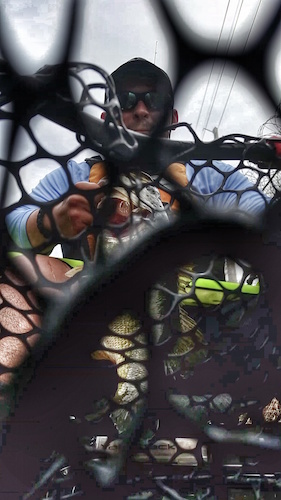 Sam De La Torre is a Pro Staffer for Wilderness Systems Kayaks, Bending Branches paddles, RAM Mounts, Rat-L-Trap, HighRoller Lures and Salt Life Optics. He is also the Assistant Chapter Coordinator for the South Florida Chapter of Heroes On The Water. For more from Sam, check out his YouTube channel. 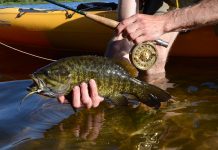 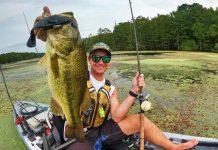 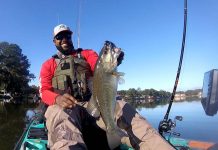 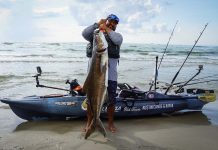