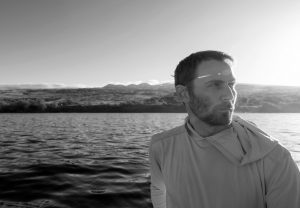 How did you become a photographer?

I have worked at Hobie for 16 years. I grew up with their products. When I was a kid, my parents owned marinas in Michigan and sold Hobie sailboats. I took photography classes but never studied seriously. My first job at Hobie was in the parts and accessories department. I got my big break taking studio photos for the catalog.

My skills are a mix of self-taught, online tutorials and emulating photographers I like. I love the energy of being an action sport photographer, spending time with athletes doing what they’re passionate about is what drives me.

Watching anglers fight big fish in small kayaks is unlike anything else. I often capture footage from a kayak so I can follow the action. When I lived in Tahoe, I bought a whitewater kayak and fell for running rivers.

I applied for a job at Hobie because I knew how to sail and loved their catamarans. When I first saw a sit-on-top, I thought it was a toy for tourists.

What was your toughest shoot?

I learned I’m allergic to fire ants while on shoots in Florida, twice. Now, I travel with an EpiPen. The first time a fire ant bit me, we were cleaning up a trade show and heading to a shoot. I felt something bite me on the foot.

On the way to the beach, I noticed my feet swelling and stopped at the hospital. They gave me a shot and I was on time for the photo session. A few years later, I was attacked again. This time I had an EpiPen in the van. I took the shot and got back to work.

Describe your favorite location to shoot and fish.

Baja, Mexico. The fish are huge, the water is incredibly clear and the margaritas are tasty. My favorite trip was just before Hobie launched the first Pro Angler. Two friends joined me for a week.

Every morning we launched in the dark and returned at sunset. I had just purchased my first underwater housing and was blown away with the results. The trip was a turning point in my career

I rely on VHF radios to stay in contact with the group. I can listen to the anglers talk about fishing so I know whom to follow.

When I’m flying the drone, I use the VHF to stay overtop the action. If someone hooks up, I know right away.

I’d pack two older camera bodies, one with a long lens and one with a wide-angle, over one of the new “latest and greatest” setups.

I’m using some of the new mirrorless digital cameras for photo and video, but I am still amazed at the images I have from my old DSLR Canon 7D. Every new camera claims to change the world with a few small improvements, but it’s just hype.

GIVE advice to amateur photographers.

Shoot early in the day. Rigging and launching photos are usually better in the morning light.

At the beginning of the day, the kayaks are organized and clean. By the take out, everyone is tired, dirty and a mess. 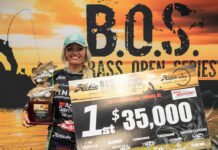 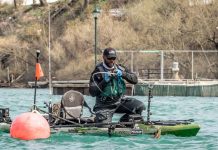