The anticipation was high as was the excitement and eternal optimism as anglers readied for launch in the Mosquito Lagoon Classic held June 11 and hosted by our friends at Goodrich Seafood in Oak Hill, Florida. The anglers paddled away into a beautiful sunrise with a cooling breeze onto the fabled waters, hunting their 2 best redfish and 2 best trout. What was at stake? Well bragging rights to begin with. The Mosquito Lagoon is world famous and known for huge redfish and trout. Win a Kayak Fishing ClassicS tournament here and you will never forget it.

There were also some amazing prizes on the winners’ tables provided by our equally amazing sponsors. There was also some cash…Denali Masters Calcutta is a new addition to the ClassicS this year and the anglers are responding very well to it. Denali Performance Apparel puts in cash to get the party started every tournament. Anglers may purchase into the option at time of event registration, so when you look at the overall, there is a lot riding on winning here.

The water clarity was understandably poor with the effects of a recent tropical storm which affected all of Florida with remnants still soaking southern regions of our state. There is a tremendous amount of runoff that flows into the lagoon and this of course affects fishing as the salinity is altered in the massive expanse. None the less it is almost impossible to daunt angler enthusiasm and that’s what I love about all of this.

In the catch, photo, release (CPR) event anglers only use artificial lures & baits’ like LIVETARGET, Yo-Zuri, DOA, MirrOlure, Monster 3X and of course many others. The point is that catching fish on artificial lures is very challenging and to do so in less than favorable water conditions and in a tournament while competing with some tough competition is just…well it’s just fun. 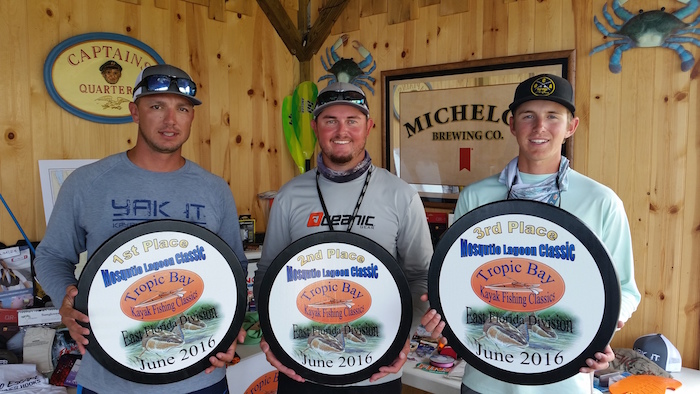 Cell phone signals are weak to non-existent in parts of the lagoon and there was a rocket launch at the Cape which blacks out signals in a huge area just to spice things up a bit. The ClassicS utilizes electronic scoring in the way of iAngler Tournament who in turn shares data with the Snook & Game Fish Foundation and other scientific marine research organizations such as the FWC and Mote Marine. The data helps determine how the fish in a given area are doing. That being said, all of the combined conditions played havoc with some anglers trying to log their catch. See? I said its fun… Let’s take a look at how the top anglers did.

1st place: Darren Frost scored 2 reds and 2 trout for a total of 89” and won a kayak full of sponsor gear and The bragging rights. He also played the Denali Masters Calcutta and took home a nice check for $375 bucks. Congratulations Darren from all of us here, our sponsors and Denali Performance.

2nd place: Derek Engle scored 2 redfish and 2 trout for a total of 73.8” and also won a great sponsor gear package. Derek also won the Bending Branches Big Ole Fish award with a 28.3” redfish and added the Bending Branches Angler Pro paddle to his booty of prizes. Engle played the Denali Masters and netted a nice payout of $225 bucks. Nice job Derek and congratulations.

3rd place: Jake Bates scored 1 redfish and 2 trout for a total of 61.5” which won him so much sponsor gear that he couldn’t carry it all…nice. Jake played the Denali Masters and scored $150 bucks which will help ease the pain of a DQ on a very nice redfish due to an error on his part. He is learning and we are sure he will continue to be a force to be dealt with. Bates is quickly making a name for himself as top angler in tournament fishing. Congratulations Jake for your very hard earned win from all of us and our sponsors. Enjoy the Denali Masters cash and see you at the next one. 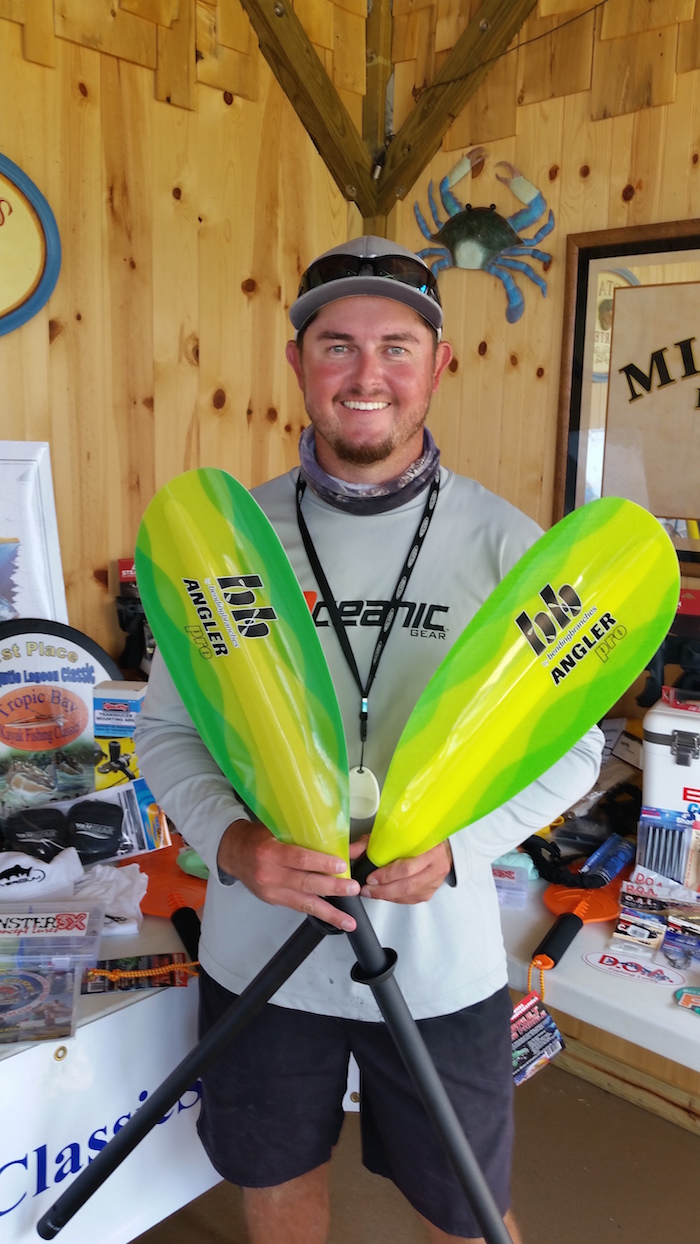 The Denali Masters Calcutta is an option that anglers can purchase into and has paid out in the neighborhood of $2,800.00 thus far, putting big smiles on happy anglers faces…

See you in Texas June 25th for the Big Red Classic. We wish to thank all of our amazing sponsors and invite you to visit them on our Sponsors pages at KayakFishingClassicS.com