RACINE, Wis., October 13, 2016 – Humminbird® is pleased to announce the HELIX™ 5 G2 units, the second generation of the Humminbird HELIX 5, bringing anglers new features and a compelling value. The GPS units in the family all come pre-loaded with AutoChart® Live and are compatible with all Humminbird LakeMaster® charts, including SmartStrike™. In addition, the new units include digital sonar, Side Imaging and Down Imaging capabilities that have been enhanced through the use of CHIRP operating frequencies.

“Easy viewing and operation are now only part of the story,” says Humminbird Brand Manager, Ray Schaffart. “With the new HELIX 5 G2 we decided to deliver flagship Humminbird fish-finding technologies like CHIRP digital sonar, AutoChart® Live and Smart Strike™ at an accessible price point, giving more anglers state-of-the-art capabilities. Now, fishermen are not limited to what they can do because of screen size.”

The HELIX 5 G2 family consists of five models to meet the individual needs of anglers and boaters. All units feature an updated operating system, 800H x 480V 5-inch 256-color TFT display, and allow for gimbal mounting, or in-dash mounting with an optional kit. International models support 200/50kHz. Optional 50 kHz transducers are available for extreme deep-water use. All models in the HELIX 5 G2 family are upgradeable, allowing users to receive software updates when they are available.

All three GPS-enabled units have the following features: 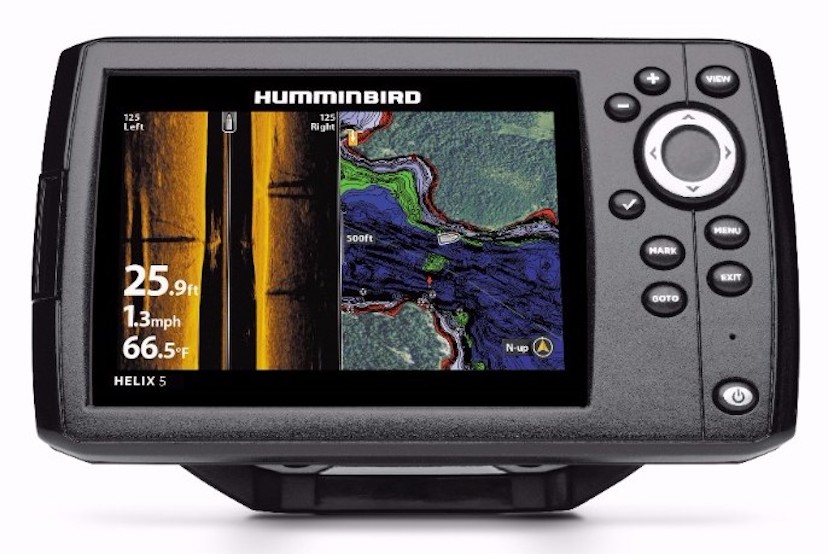 Designed for anglers who do not require GPS, the HELIX 5 SONAR G2 and HELIX 5 DI G2 bring HELIX 5 users a new, more intuitive and streamlined user interface and operating system.

The HELIX 5 DI G2 is designed for the angler who requires Down Imaging® and DualBeam PLUS Sonar. It delivers 600 feet depth-capable sonar and 350 feet Down Imaging capabilities.

Johnson Outdoors Marine Electronics, Inc. is a wholly owned subsidiary of Johnson Outdoors and consists of the Humminbird®, Minn Kota® and Cannon® brands. Humminbird® is a leading global innovator and manufacturer of marine electronics products including fishfinders, multifunction displays, autopilots, ice flashers, and premium cartography products. Minn Kota® is the world’s leading manufacturer of electric trolling motors, as well as offers a complete line of shallow water anchors, battery chargers and marine accessories. Cannon® is the leader in controlled-depth fishing and includes a full line of downrigger products and accessories.