The 2016 Hobie Fishing World Championship presented by Rhino-Rack will be contested in… Wait for it… Lafourche Parish, Louisiana! More specifically in the legendary Leeville area, December 4-10.

The kayak-traditional flats targets are on the Catch Photo Release (CPR) menu: brawny redfish, speckled trout, and flounder, comprising the famous inshore slam. The angler with the highest cumulative length over the three-day period will be crowned Hobie Fishing World Champion.

It was inevitable that Hobie’s fishing spectacular, where every one of the 50-some qualified anglers from around the globe is on an identically and lavishly tricked out Mirage Pro Angler 14, would make its way to the skinny waters of the Gulf Coast. This is the sixth annual Hobie Worlds. A redfish has graced the top of the trophy since the very first one. It was time! 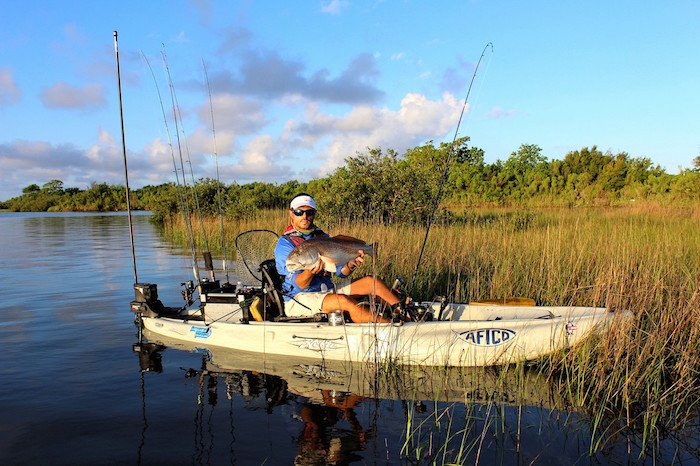 A redfish has been at the top of the Hobie Worlds trophy from the very beginning, it’s time to go back to the marsh.

Locals React To The Big News

The location couldn’t be better. Leeville is hallowed water. Ride the Bull, by far the largest kayak fishing tournament in the world, takes place ten minutes down the road at Grand Isle. It’s home to the Bayou Coast Kayak Fishing Club, one of the most venerable and active in the sport.

“There isn’t much there but fishing. There’s only Boudreaux’s Bait Shop and fishing,” says Hobie Fishing’s Keeton Eoff.

Did you catch that, prospective international competitors from 20 countries or more? This rodeo offers Cajun sleigh rides… in fin-deep water.

Defending Hobie Fishing World Champion Ma Xiaohong of 2015 host nation China is up to the challenge. He says the sleigh rides sound exciting, and looks forward to seeing all the new anglers and old friends.

Ma is one of a handful of anglers who have already punched a 2016 Hobie Fishing Worlds ticket. Anglers have to earn their way in through a gauntlet of qualifying events. As of publication, the USA and Canada have four still on offer. The same goes for Europe. Australia is already deep into the country’s qualifying series, with just one more to go.

United States team captain Benton Parrott is already in on the strength of winning the 2015 IFA Kayak Tour Championship, contested last October in Chalmette, not far from the Fishing Worlds site. He says fishing Louisiana has made his career.

“That area is beyond good. Every friend I take says he can’t wait to go back. I promise you, we should all catch good fish,” he says, brimming with confidence for the entire field. 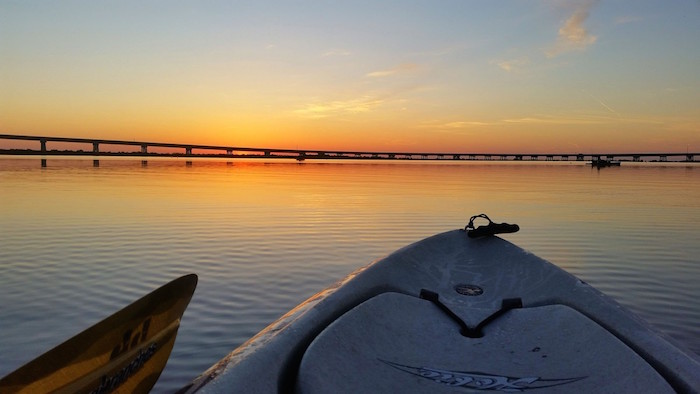 Photo: The 2016 Hobie Worlds will allow anglers to battle it out in US waters once again.

Matt Petrie is Parrott’s Australian counterpart. As team captain, he’s already earned his way into the exclusive field. Petrie can’t wait to cast to a tailing redfish. He is well aware that the host nation has won four out of the past five Worlds – the exception was American angler Steve Lessard’s championship in Europe. Australia and the U.S. are knotted up 2-2 in championships. This will be Petrie’s fourth worlds. He’s coming with a game plan.

“It will be a little different to the finesse fishing we do on home waters, but with some tackle upgrading and working as a team, we are up to the challenge. The U.S. team members are in the box seat to take this title, but it wouldn’t surprise me if an Aussie can cause an upset win,” he says.

2014 champion Lessard thinks the Aussie’s confidence is warranted. He expects a hotly contested Worlds. “Anyone can win it. A variety of techniques will catch the same fish. Topwater catches redfish and trout. Jigs are effective for all 3 species. A small variety of gear, a light, a medium and a heavy set up cover you for all three. The international anglers will adapt very quickly to our species,” he says.