Check out the latest dispatch from Extreme Kayak Fishing Tournaments to get the full details on their 2016 Sailfish Smack Down event:

The 2016 Sailfish Smack Down had 15 total sailfish landed total in the two day tournament taking place January 30th-31st, 2016 in Pompano Beach Florida, (The most ever for the tournament series and for ANY kayak tournament in the world) The anglers went 7 for 8 in the last hour. It was truly an amazing finish. Anglers came from all over to compete including Nebraska, Mississippi, Texas, North and South Carolina, Missouri, and even Puerto Rico and South Africa!!! We had a total of 87 boats on the water. 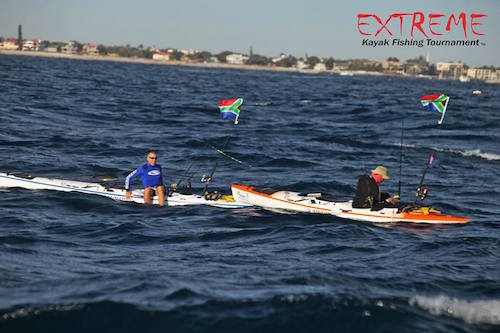 These two anglers from south Africa made the 18 hour flight to compete in the Sailfish Smack Down.

Special thanks to all of our sponsors, last weekend we broke records and grew the sport of offshore kayak fishing that much more! More coming soon!! 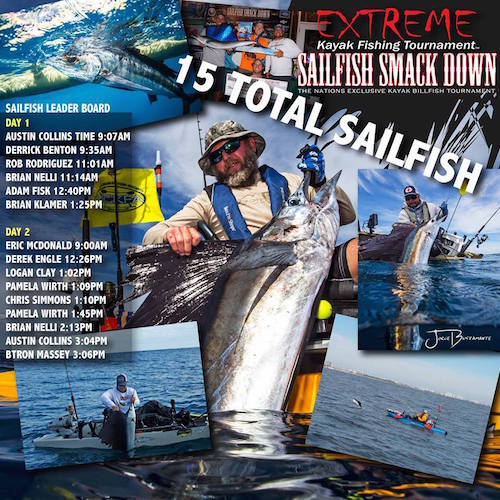