I woke up way too early to the thoughts of playing hide and seek with large bass. Before I could play that game though, I had adult responsibilities that needed to be completed. My kids knew the routine, out of bed they rolled ready to tackle the day. I filled their bowls with cereal and coffee…sorry! Let’s try that again. Fish brain had a firm grasp and my parenting abilities were beginning to suffer. Lunches made and into the truck they go, the kids with their lunches I hope. Trust me, I’ve forgotten each a few times.

It was about 9 am when I arrived at my first location. A small oxbow lake that I had found on the internet. I guess every person with the internet and a fishing pole found the same lake. Before I could turn onto the dirt road I could see what looked like the car rider line at the elementary school. Seriously, I expected to be cornered by a car salesman before I could get turned around and make my escape.

Twenty minutes later and I was faced with a similar decision. Another oxbow lake with signs of human activity in the parking lot. Two vehicles with empty boat trailers were already parked. Being a stay-at-home dad my fishing time is limited to the hours between 8am and 3pm. That time was slowly fading away. I had been thinking about fishing since before the sun came up. It was not in me to investigate another spot. In the water the kayak went. 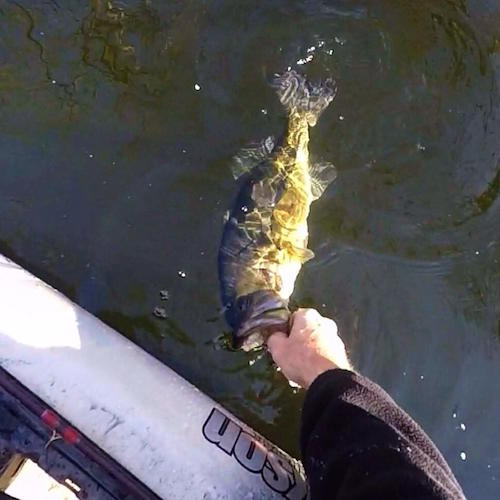 I found the first boat before I found the first fish. I have a negative polarity to boats and started moving away from the two guys banging the bank in their jon boat. I did not realize the other boat was hiding behind an island in the middle of the lake.  Basically, they were in a holding pattern continually circling the lake. It would have been easy to fall into formation and practice touch and goes all day but I was beyond frustrated. I had poured my coffee in my kids cereal and the drive to explore new water was a huge waste of time.

I paddled back to the launch and decided to put that water in my rearview mirror. After I had my gear all packed away the temptation started to call my name again. I still had over three hours to fish. But where? I knew a place that wasn’t too far out of the way. But at this point, what’s out of the way? I made an agreement with myself, I’ll drive to the next spot, but if I see more than two cars I’m leaving. 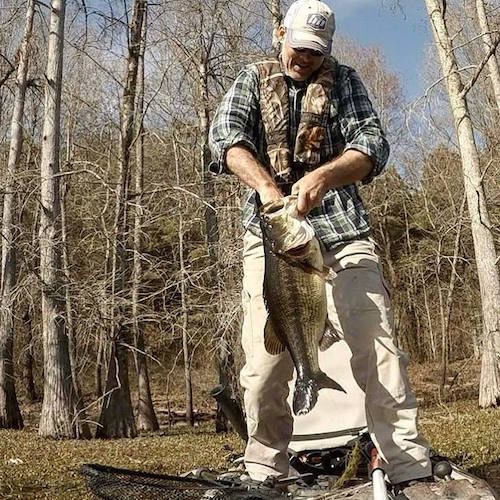 It was 11 pm when I arrived to emptiness. I wasn’t sure what to think at first. Had everyone gone home because the fishing was terrible? Maybe they were at the car lot I had visited earlier. Honestly I didn’t care. I nearly crawled through the window trying to get out of truck. I was in the water quicker than kids running from school at 3:15pm.

I caught several bass that afternoon. I was pleased with the day. It wasn’t epic but also not a complete fail. I had no idea what was going to happen next. It was nearing that time when I needed to start paddling back to the truck. My wife doesn’t complain about me fishing during the day, but I dare not test her on being late.

With 10 minutes left my truck was in sight when I made a cast to a clump of cypress trees. The bait sank slowly and came to rest on the bottom of the swamp. I picked up the slack and immediately knew something had already picked up the other end. I set the hook and my first impression was “dang” cypress knee. The kayak was still on auto-pilot headed toward the parking area when the cypress knee decided to swim in the opposite direction. 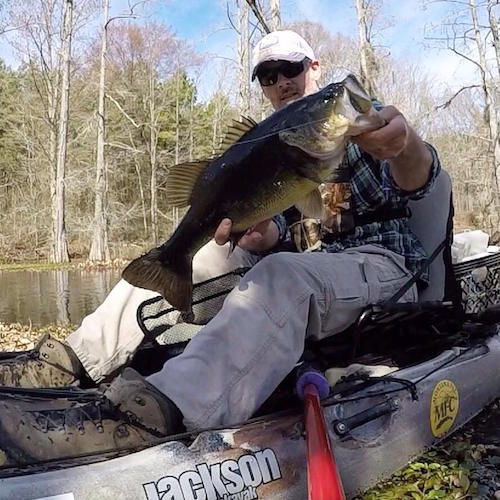 It did what bass do when they’re hooked. It went nuts and started acting out like kids do when they eat all their Halloween candy in two hours. After a few minutes, I realized this bass was going to be the cause of some serious marital drama, which I really wanted to avoid. The minutes were ticking away, but the fish wouldn’t give up.

I went into crisis management mode, applying the same tactics I do with my kids. First I tried to reason with it. I said something like, “please stop, you know I’m going to let you go.”  Then I tried to intimidate it, “if you don’t get in this net, I’m gonna…!”  When those didn’t work I went with the time tested bribe, “if you stop fighting, I’ll give you a dollar.” The only strategy that ever seems to work in those situations is to let them wear themselves out. Finally, I was able to wait out the out-of-control bass and get it in the net.  A quick picture, measurement, and we were again headed in opposite directions.

That bass almost landed me in marriage counseling. At 25.5 inches it would have been worth the community service. Tomorrow I’ll do it again with hopefully similar results. My kids hope I remember to put peanut butter on their pb&j sandwiches. My bad…I’ll do better! 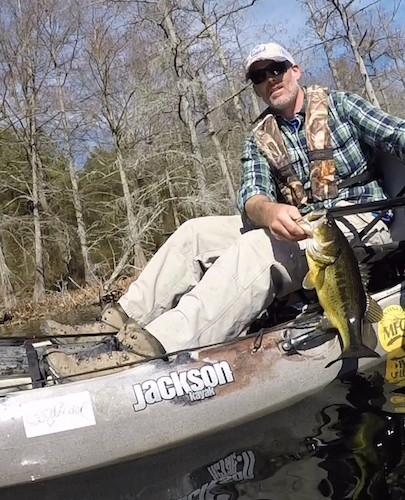