For kayak anglers, turtling the kayak is both a mark of shame and a badge of honor. No one is happy about flipping a boat, but social media is alive with photos and stories of upside-down kayaks. Victims are quick to slap turtle stickers on their boats.

While both are reptiles, they’re from different families. Tortoises dwell on land, while turtles live in the water some or all of the time. 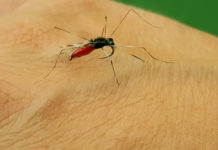 8 Things You Didn’t Know About Mosquitos

10 Things You Didn’t Know About Crickets

The Secret Life Of Plastic