Kayak fishing is one of the fastest growing sports and kayak sales are way up. Still, compared to other hobbies, the sport is small. Most of the gear we use is designed and made by people who paddle and fish themselves. Over the last year, these unsung heroes have bent over backwards to continue feeding our collective passion. Salute to them, because the kayak fishing world has never needed their grassroots passion more.

I have an Ocean Kayak Trident 13 with a Humminbird Helix 7 fish finder. The Trident has a special scupper to route my transducer cable. Ocean Kayak makes an adapter to connect the transducer to the scupper.

When I went to install a transducer in my new 15-foot Trident, I discovered Ocean Kayak doesn’t make the adapter anymore. I watched a couple DIY videos, but PVC pipe and cable ties are no substitute for the right part. And switching my old transducer adapter from one kayak to the other required an hour’s labor.

One day, while I was scrolling through Facebook, I spotted a third-party adapter from Navarre Kayak Fishing and immediately dropped an order. The adapter arrived a few days later, accompanied by a card and handwritten note, “Thank you for ordering, Erica”.

The moment I read the note, I was reminded of all the real people behind the stuff I love. I couldn’t pursue my passion without their support. In fact, the new adapter is better than the original. The transducer install was easy and I’m back on the water. I felt like I needed to thank Erica.

Turns out, Navarre Kayak Fishing is a family operation. Owner, Nick Lytle is a full-time kayak guide. Not only does he sell the stuff I use, but he is a passionate kayak angler, too. And it shows in the quality of the gear. One thing I’ve learned, stuff sold by people who use it works best.

Even the biggest companies in the business have paddling at their core. My Aqua-Bound paddle is made by people who paddle. Aqua-Bound is located in Osceola, Wisconsin, a fishy town on the St. Croix River. Even though they are part of the largest paddle maker in the world, I know my Tango was handmade by a paddler. According to marketing manager, Andrew Stern, 90 percent of the employees paddle. While it’s not a requirement, Stern says, “Your chances of getting hired increase dramatically if you have paddling and fishing experience.” One day each August, the whole company hits the river. That’s my kind of job!

Putting Our Passion Into Print

In fact, Rapid Media, publisher of Kayak Angler, is a paddling company. Founded and published by a former river guide and mostly staffed by paddlers, the people behind these pages know what they talk about. Each year, at the company retreat, we take a day to paddle and fish the Madawaska River, which runs past the office.

With kayak fishing growing faster than anyone could imagine, it’s time to reflect on the people behind the products we love. In this issue of Kayak Angler, we published the 2021 Boat and Gear Buyer’s Guide filled with stuff we can’t wait to get. But we may have to wait.

Over the last year, the people behind the scenes have put in overtime to meet overwhelming demand. I know many of them and use their products, so I’ve seen how hard they work to feed their own passion. If you can’t find the gear you want, trust me, someone who loves paddling is working on it.

As the sport explodes and more people get into the game, there will be more opportunity for little guys like Nick Lytle at Navarre Kayak Fishing to make a living doing what he loves. It’s not an easy job, and I don’t know many millionaires, but kayak fishing people do what they love so we can do what we love. As time marches on and things return to a new normal, the people behind my gear are one thing I will never take for granted. 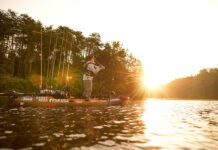 Expensive Times: Why Fishing On A Budget Is Still Fun 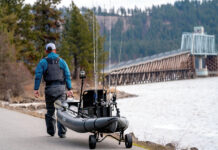 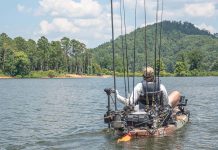 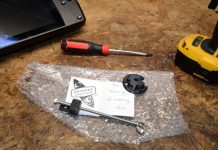 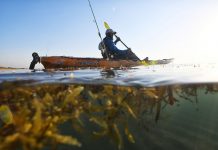