After a night at Self Creek Lodge, on Lake Greeson in Kirby, AR, we met up with Carlos Duggan, of A1 Crappie Fishing. Duggan had already caught a large crappie on the dock as we were walking up. That was either a great sign, or a bad one. I wasn’t sure yet.

“The weather is more like Massachusetts,” Duggan said to me about my home state as he took us out on the water in the cold air. Steam was rising off the water as I huddled down into the boat, trying to reduce the effects of the wind. 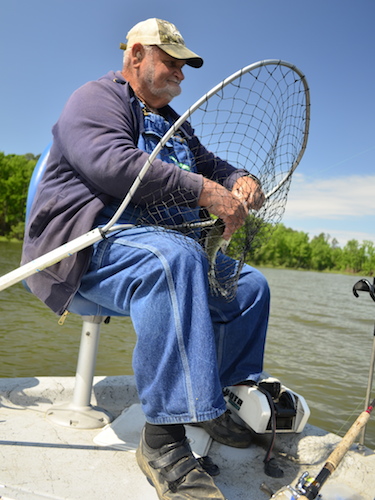 “We’re going to try and catch a whole mess of fish,” said Duggan, “but it’s going to be tough after that cold front last night.” We pulled up to a bed and Duggan marked a few fish. After one tiny, 4 inch crappie, we moved onto another spot further down the lake.

At the next pair of beds, we started nailing the fish in 11ft of water by setting out multiple rods with slip bobbers and live minnows. I was still yet to catch a fish with five or six fish already in the livewell. We moved onto the next spot as the bite slowed down again, though now the wind had picked up instead. 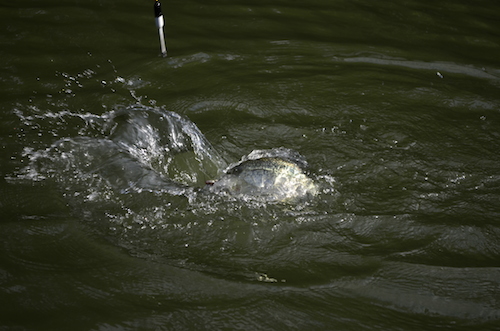 Crossing the lake was bumpier than before, as whitecaps started to roll. At the last spot I managed to get on the board, with a new personal best crappie, but we didn’t stop there. We managed to catch that “mess of fish” Duggan was looking for, but much less than normal. “We usually get 40 fish a day, average,” he said.

Although the numbers were below average, we caught a lot of quality fish, especially better crappie than what I’m was used to catching. If your looking for a great spot to nail a bunch of big crappie, head down to Greeson Lake and give Carlos Duggan a call. 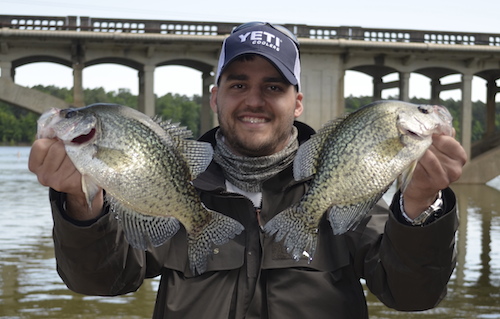