For millennia ever since mankind fashioned stone tools and started applying this technology to cutting trees and hollowing out the logs to ply and fish their surrounding waters we have had kayak fishing in our midst. Fast forward to the present day and we still see these age old methods employedin many regions of the world,albeit with the aid of modern technology. The use of metal instead of stone tools. Humans in many walks of life often express their desire to return to their ancestral roots. Enter the modern day kayak fisherman. Armed with all the gizmos,gadgets and materials available kayakers have propelled this desire into the modern age with vigorous intent. Maybe it’s the challenge of the hunt or just the oneness with nature who knows what drives us. Maybe we have unwittingly joined the ranks of the global vanguard to save the planet. Human power vs horse power. Nevertheless over the past decade or so, the sport in many countries, has grown in leaps and bounds. Innovation is rife. Some say it is one of the fastest growing sports on the planet.

As kayak fishermen overcome the challenges of their local environs the thoughts of new frontiers enter the process.

Travel to exotic international locales in search of adventure and new fish species is fast becoming a reality in the kayak fishing world. Destinations are few and far between but that is changing. New player on the block is the Republic of Panama. Surrounded on one side with the Carribean Sea and the Pacific Ocean on the other, Panama has the potential to be the Mecca of kayak fishing. Vast mangrove systems,rivers,lakes and a rapidly growing tourist industry provide endless possibilities. Long regarded  in sportfishing circles as one of the premier destinations on the planet it has for many years attracted travelling sportfishermen from all over the world.

Two longtime charter captains, South African Hennie Marais and New Zealander Tim Hetherington have been living,working and fishing Panama for the last 15yrs. “I thought I had seen and fished the best until I came to Panama says Capt Tim. The incredibly diverse inshore and offshore fisheries were mind blowing. I was like a kid in a candy store.

Similarly Capt Hennie who alongside his wife,Ursula managed the famous Tropic Star Lodge for many years could not leave behind this incredible fishery. Upon returning on holiday to his native South Africa he discovered the exploding kayak fishing scene there. Returning to Panama he immediately set the wheels in motion to import and introduce fishing kayaks to Panama.He currently has an outlet in Panama City stocking kayaks from both the US and South Africa.

The next logical step as charter capts was to develop locations for the international kayak angler.

Over the course of six months searching the biggest problem was deciding on where to locate. Panama is like a shopping mall, so many choices, where do you start? Eventually they narrowed it down to several areas on the Pacific Coast offering a range of fishing trips from 5 star hotel to remote expedition camps.

A quick trip to their website http://www.paddlepanama.com/ will give you an insight as to what to expect when you are planning your trip of a lifetime. Who knows you may even find yourself fishing alongside those ancient dugout canoes as they are still widely used in many parts of Panama. 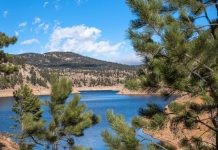