The popularity of kayak fishing has really taken off here in Southeast VA.  That is great news for the sport, but the down side is that many of my favorite honey holes are getting crowded and “secret” spots are getting harder and harder to find.  It takes a lot of research and work to find new spots.  Over the winter I talked to other experienced kayakers, read a lot of old blog post, and looked at satellite images.  I found some spots that I was eager to try, but the conditions would have to be perfect.  Finally after waiting a few weeks the weather looked good and the tides were right.  My Dad and I made plans to head to one of the spots.  Our alarms went off a 3:00 AM and we were fishing by 4:45 AM.  My Dad caught a striped bass on his second cast.  I was hoping that this would lead to a great bite but then nothing happened.  After a couple hours I was beginning to think that this spot was a bust.

When the tide changed I paddled into a large cove.  There was baitfish all over the place and I figured there would be some trout and redfish.  The water was flat calm and crystal clear.  As I stood in my Jackson Cuda 14, I could see several schools of redfish swimming over the grass.  I carefully paddled up to the first school and pitched my bait in front of the lead fish.  The front fish blew past my lure but one of the reds near the back of the school came up and crushed it.  After a good hook set the red took off.  I reeled in the 20in red, took some pictures and released it.  I quickly found another school but when I pitched my bait, a houndfish attacked my bait fraying my leader.  I quickly re-rigged but the school was gone.  I kept stalking the flats and finding more fish.  I had a blast watching the fish follow and eat my bait.  I called my Dad over to get in on the bite.

The hot bait was a Zman scented Jerk Shadz rigged weedlessly on a 3/0 hook.  These baits have an erratic action that the redfish love.  I would pitch the Jerk Shadz in front of the reds and let it slowly fall.  Once the bait was just above the grass I would twitch the bait causing a reaction strike from the fish.  When the action dropped off on the soft plastics, we switched to a  Live Target mullet wake bait.  The vibration seemed to bring the reds in from a distance.

Once the wind picked up the visibility dropped making sight fishing impossible.  We switched to fishing rips and eddies in the current looking for specks. I was throwing a Bomber Badonkadonk while my Dad continued to throw his Live Target wake bait.  Dad was working his bait with the current when it got crushed by a nice speck.  The speck came halfway out of the water and started thrashing.  A few drag pealing runs later, he netted the fish.  It was 24 inches and his first Virginia speck citation of the year.  We took some quick pictures and then released it.

Looking at a couple mile paddle back to the launch site, we decided to call it a day.  You don’t get many days when your planning, the weather and the fish all come together, but when it all works out, it is awesome.

Drew Camp is a 15 year old sophomore at Smithfield High.  He is a member of the Jackson kayak Fishing Team and a Werner Paddle Pro Staff.  When he is not on the water you can usually find him playing soccer or on a cross country course. 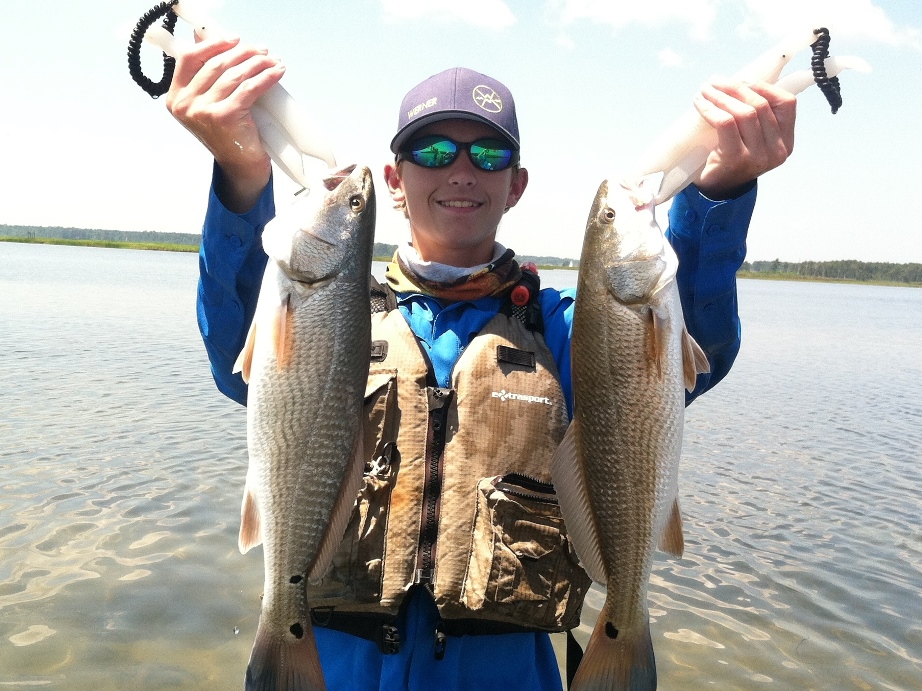 3 Reasons The Last Minute Trip Will Set You Free