A good jig is a beautiful thing, usually because it’ll catch fish in more fishing situations than you can think of. Rapala created another one of their famous fish-catches with the new Jigging Rap, $5.49-$7.69, because even though it was designed for ice fishing, it’s been catching giants for the bass pros in the liquid stuff too. When Rapala sent out a pair of the new jigs, I wasn’t sure why they were sending an ice fishing lure, until I was convinced to tie it on in my kayak and give it a shot.

I’m glad I did. These smaller jigs got the bass so fired up I’ve been catching fish even on the coldest days. When the winter weather starts creeping up on us and the cold starts sinking its teeth into my local fishery, I know that I’ll be able to rely on these bad boys until the world freezes over. And then, if I get really desperate and go ice fishing, I know I can rely on them even then. 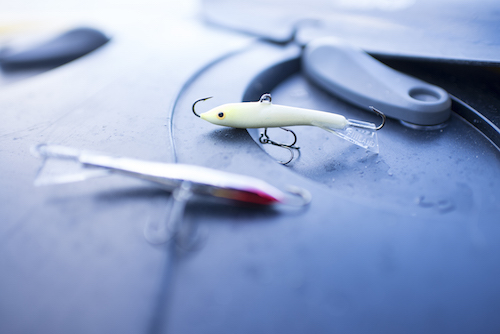 Designed to swim in circles in the middle of the water column, the Jigging Rap has a balanced, weighted minnow profile. With the hook configuration as it is, I could bounce this bait along the bottom without getting snagged as often as I would with a jerkbait or jig full of trebles. The single treble in the center keeps fish locked on once they’ve been fooled to bite.

Rapala offers the bait in a variety of colors and sizes, including some UV and glow color patterns. If your fishing has slowed down and you need a lure that’ll keep the bite turned on until you’ve given up for the season, try these ice fishing lures. They may have been designed for the hardwater scene, but these lures have found a dedicated spot in my open water tackle box.

For more information about Rapala, or their new Jigging Rap, check out their website, Rapala.com. 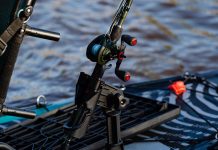 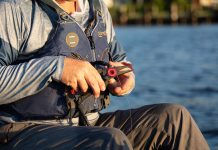