After years poo-pooing electronics, anglers can take advantage of a new generation of kayaks specially designed for high-tech accessories. Lightweight, powerful lithium-ion batteries and space-age fish finder-GPS combos are small enough and tough enough to fit on kayaks. These powerful units are easy to use and simple to install. 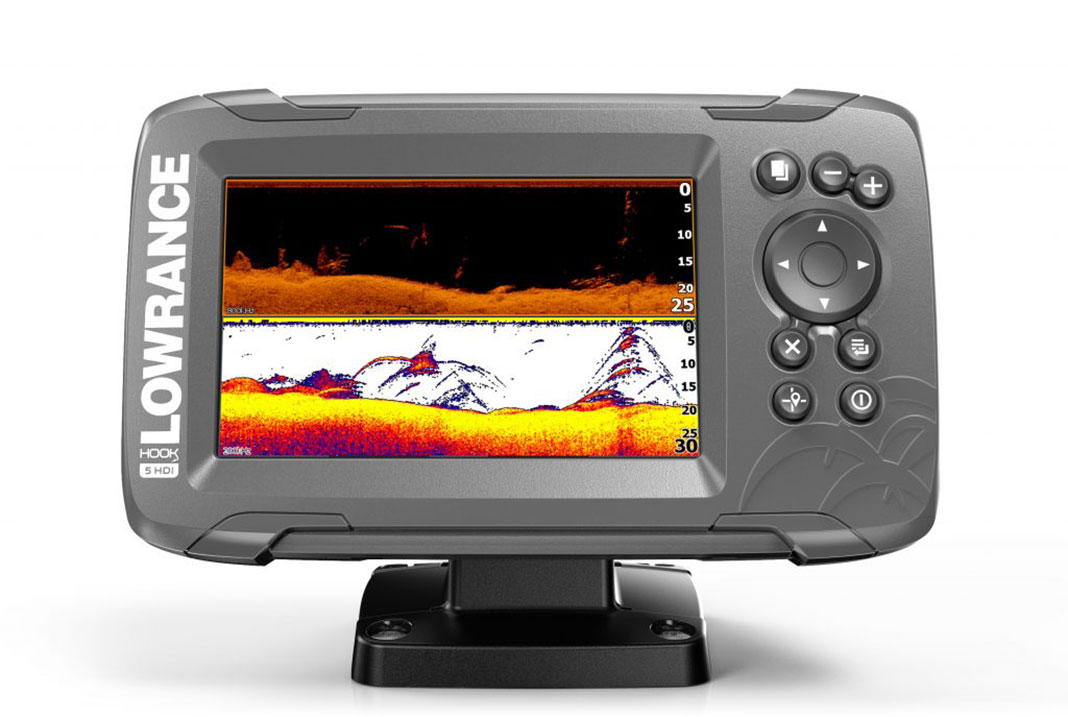 Marine electronics can be so complicated that most users never fully access their potential. Lowrance is one of the best at making their kayak fish finder interfaces simple and easy to use. At the heart of their Hook2 series is powerful Autotuning sonar technology.

Designed by pro anglers, the system adjusts sonar settings for optimal performance in any water conditions. Lowrance offers a dozen Hook2 models. We chose the TripleShot with CHIRP, downscan and sidescan sonar. On the GPS side, the TripleShot is preloaded with coastal and inland maps and offers basic navigation functions.

The 5-inch Hook2 model (pictured above) retails for a suggested price of $399, and other sizes are available ranging from 4 to 12 inches in width. 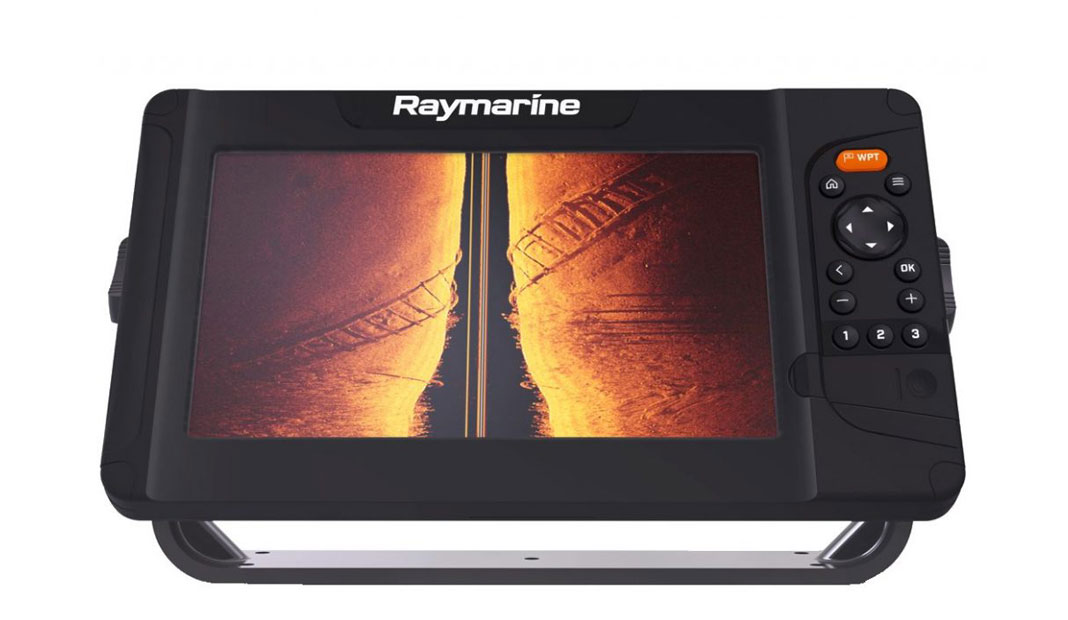 As soon as Raymarine introduced the Element series, Drew Gregory and Greg Blanchard used it to win second and third in the KBF National Championship. One look at the HyperVision sonar display and it’s clear who has the highest resolution in the field.

With an impressive 1.2 megahertz, the Element turns up the resolution for crisp, high-definition images of structure, fish and even vegetation. Install Raymarine Lighthouse NC2 Mapping with Fishing Hotspots highlighting popular areas with insights from local anglers on species and tactics. We like the small, compact HV 100 transducer that is easy to install on a kayak. 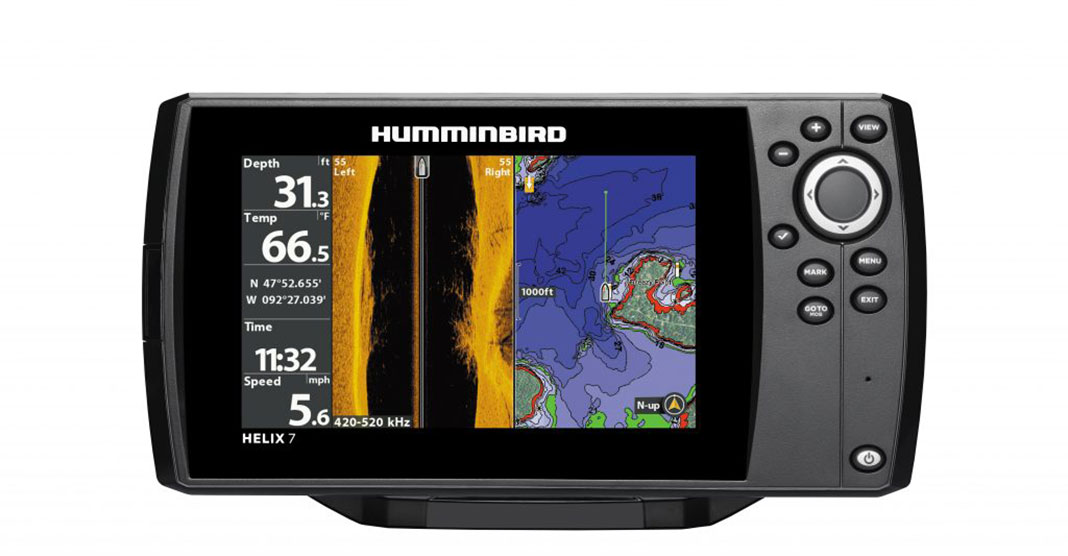 Another perennial contender for best kayak fish finder is the Helix series from Humminbird. As one of the first sonar to offer side imaging, Humminbird had a head start leading the pack. Their most recent MEGA technology allows anglers to see fish and structure 200 feet on either side of the boat and 200 feet down.

The high-frequency signal provides three-times more detail than competing systems. To control this power, Humminbird’s SwitchFire offers two pre-programmed modes to add or remove detail depending on water conditions. Base map is a little vague but the Helix can be upgraded with Humminbird’s LakeView or Navionics charts.

[ Read more: Why You Need To Add Side-Imaging Sonar To Your Kayak ] 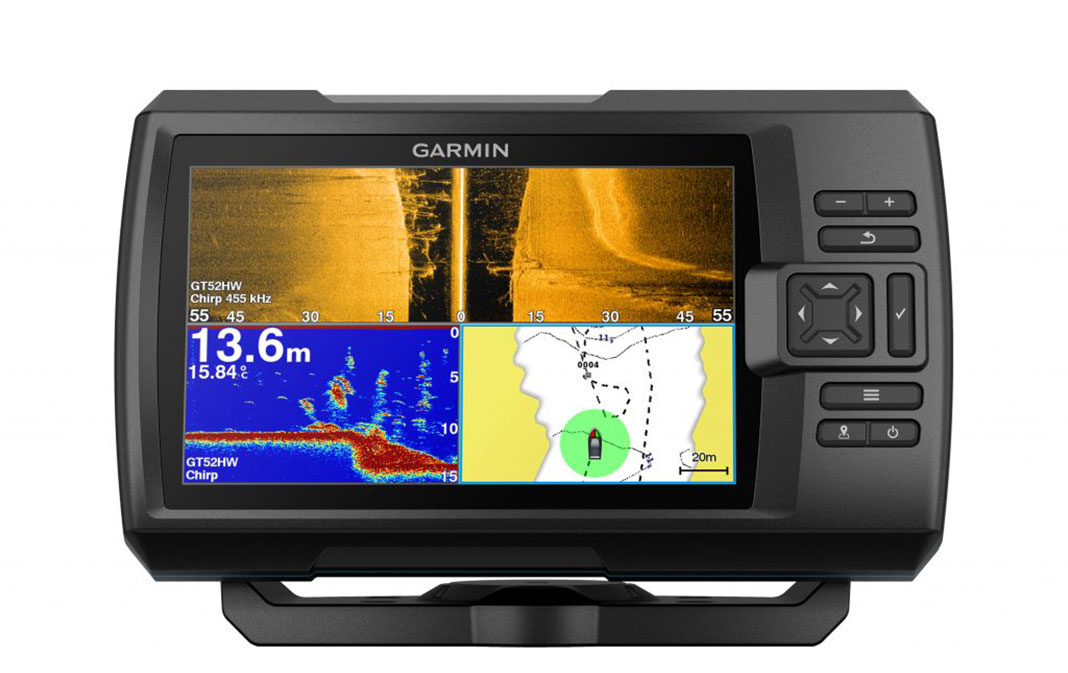 For the first time, Garmin installs their leading SideVu, CHIRP and CHIRP ClearVu in a single, compact transducer. The new Striker Plus is sized and designed to fit in kayaks and packed with features to make fishing easier. In addition to their crystal-clear display, the Striker has a large, clear screen easy to view at any angle.

Built-in Quickdraw Contours allows the user to customize maps with real-time depth readings in one-foot increments with enough storage to cover 2 million acres. Connect your maps with other users to create custom maps. Pair the fish finder with Garmin’s Active Captain app and control your fish finder and receive messages from your smartphone. You can even access charts from home.

Is Side-Scan Sonar An Unfair...