We’re most excited about the new high/low seat. It is great to see a big box store building a solid fishing kayak with a lower price point that will bring advanced features to new anglers.

[ See also: How To Buy Your First Fishing Kayak ]

We’re not allowed to divulge the source of these photos, but if you look carefully at the design and construction you just might figure it out. Safe to say, this boat came out of one of the most respected kayak shops around.

Word is the Cabela’s Advanced Anglers 120 kayak will officially hit the shelves in June 2016. Stand by for more information and photos. 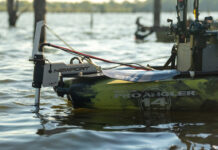 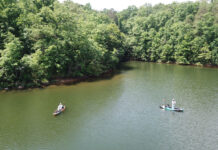 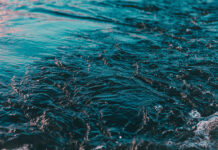 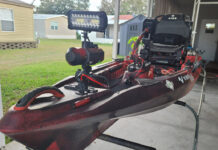