Bill Barnes said it best. The owner of nationally renowned host site Mountain Harbor Resort spoke at the awards ceremony about the “rebirth of small craft fishing” and the incoming “kayak dynasty.” He reminisced about how small tin boats have given way to big “glitter boats” and, now, how we’re going back to the future… a kayak fishing future.

The pastoral 60,000-acre reservoir is both awe-inspiring in its beauty and infinitely diverse when it comes to fishing situations. On the same autumn day, as anglers quickly found, you can find hulky black bass wallowing in sun-soaked coves while throngs of spotted bass paste to the bottom off 50-foot ledges. So, to be in contention, your kayak better feature everything and the kitchen sink… and your legs, or arms, be trained for Louis & Clark-like explorations.

After two days of kayak fishing’s best anglers probing Ouachita’s 40 miles of fishable water, it was Bluefield, West Virginia’s Jody Queen who rose to the top, stayed on top, and claimed the $20,000 first-place check in the BOS TOC’s catch, measure, photograph and release event.

“It’s always been my dream to fish professionally,” said Queen, who now makes a living competitive kayak fishing. “My idols were guys like Roland Martin, Bill Dance and Virgil Ward.” Now Queen is clearly setting the table for aspiring pros to have a mentor of their own.

Queen, who qualified at West Virginia’s New River BOS satellite tournament back in July, registered a five-fish limit last Saturday, November 9 – Day One of the event – with 85 inches of pure Arkansas bass. “I started working the shallows with a 1/4-ounce, shad-pattern spinnerbait to get the numbers,” said Queen.

From there, as the sun rose across bluebird skies on both days of TOC fishing, Queen delved deeper and focused on timber. “I hit every brushpile I could find and dragged a Z-Man Jack Hammer ChatterBait across the bottom and through the wood,” he says. Specifically, Queen threw a green pumpkin Jack Hammer Chatterbait with a Z-Man RaZor ShadZ in The Deal color scheme.

[ Also read: The Best Way To Analyze Your Tournament Results ]

Known for his calm, cool collectiveness, Queen seized the lead early on and never flinched, never breaking a sweat it seemed, posting 85 inches on Day One and 84 inches on Day Two. He finished with a total of 169 inches, never surrendering his lead. His biggest bass measured 18.5 inches.

Properly playing the changeable weather was paramount to staying on fish. A wicked cold front came through two days before the competition, dumping significant rain and inopportunely pulling a drawn-down reservoir up five inches. Let’s just say it threw a wrench in established patterns.

But survivors survived, like Fort Worth, Texas’ Matthew Scotch, who earned second chair by adjusting with the weather and further adapting as temperatures slowly elevated over the weekend. Scotch also employed a green pumpkin Z-Man Jack Hammer ChatterBait (trailed with a Reaction Innovations Skinny Dipper paddletail swimbait), but took a different approach to pounding endless acres of water. During pre-fishing, Scotch discovered a clandestine tract of water and fished all-by-his-lonesome on what he described as “bass trapped in a pool.”

Pedaling to the extreme west end of Ouachita, Scotch, who qualified on Lake St. Clair, pressed through mere inches of water to reach the bass nirvana. Here, a finite number of fish operated in 48-degree water, the temps proved warm enough to prompt winning bites, including 79.75 inches worth on Day One. “I found my fish relating to the biggest logs in huge fields of timber,” said Scotch, who returned to his prized pool on Day Two, catching another 79.5 inches capped by an 18 ¾-inch largemouth. Scotch’s two-day total was 159.25 inches.

Rounding out the top three was local hero Cody Milton from Searcy, Arkansas, who sprang from tenth place on Day One. Cody’s path to competitive kayak fishing started while attending golf school in Florida. One day between the driving range and putting green instruction, he decided to buy a Hobie kayak, started pedaling, put away the clubs, and the rest is history.

Milton, who qualified at the BOS on Kentucky Lake, says adaptability put him on the podium. This ability to play his entire deck of cards had Milton positioning over 60 feet of water and working a 32-foot deep rock stairstep with a spoon, as well as fishing shallower running water areas and deeper bluff channel swings. Milton caught 75.25 inches on Day One and 80.25 inches on Day Two to earn third place in the TOC with a total of 155.5 inches.

The future of competitive kayak fishing claimed fourth place, with 16-year old Jaxton Orr from Fort Wayne, Indiana at the helm. Orr, who also qualified at the Lake St. Clair BOS, caught and released some 60 fish during the event, validating Ouachita’s impressive biomass of bass.

On the morning of Day One, Orr tapped his big fish spot: shallow, five-foot deep timber, where he worked a ½-ounce tungsten football jig, forever switching colors to match fish preferences. As air temps increased and the sun elevated, Orr moved to deep bluffs and creek channel swings where he twitched a Ned Rig founded on a Z-Man TRD in green pumpkin. Orr measured an impressive 83.25 inches on Day One – which included a 19.5-inch tank – and said his 6’ 8” St. Croix Mojo Bass rod proved invaluable: “The rod has such a light tip and steady backbone, which are crucial features for Ned Rigging.” The results of Day Two – 69.5 inches – didn’t live up to expectations, however, but Orr was able to ride his Day One performance to stay in the money with a 152.75-inch total.

Kayak fishing’s version of Cool Hand Luke – aka Maryville, Tennessee’s Jordan Marshall – turned Ouachita over to the rest of the field on Friday – the day prior to the start of competition – choosing to relax, knock down 18 holes, and park the boat versus another day of prefishing. Marshall, who finished in fifth place overall, caught his best fish by 8 am on both days.

Known as a “spinnerbait guy,” Marshall flung homespun ½-ounce baits, his best rendering a double-willow, silver-bladed, bluegill pattern – one of over 100 DIY samplings he keeps in the boat. His choicest spots featured clear water and timber in six feet of water or less. Marshall caught 74.75 inches on day One and 76.25” on Day Two for a fifth-place total of 151 inches.

Slapping oversized exclamation points on the meaningfulness of competitive kayak fishing was Bassmaster Classic champion and MLF superstar, Mike Iaconelli. A passionate Hobie pro angler, Ike mingled with anglers during registration and high-fived champions at the awards ceremony, enthusiastically endorsing the future of competitive kayak fishing. In fact, Ike expects to one day compete as a professional kayak angler. Bring it, Ike!

The exciting conclusion to the inaugural Hobie Bass Open Series – the first-ever Hobie BOS Tournament of Champions on Lake Ouachita – is now history, but the story continues, as organizers plan to announce the exciting details of the forthcoming 2020 Hobie BOS season in December.

The Hobie Bass Open Series (BOS) is unique among kayak bass fishing tournament trails, offering an accessible yet elite format with especially high payouts. The inaugural season of the Hobie BOS aimed to provide a simplified, “open-to-anyone” format and an elite feel for kayak anglers across the country. According to organizers, the series is all about providing a platform for the anglers – giving them quality events in quality venues and building payouts as participation grows.

“We’ve wrapped up our first season, and it has been a tremendous amount of fun, growing this entity to provide one of the most premier series for kayak anglers in the country,” says Hobie BOS Tournament Series Director, AJ McWhorter. “Building it for quality over quantity has been one of our goals from the start, and support from the anglers has been incredible. We’re grateful to all our anglers and all our fantastic venue hosts – including Mountain Harbor Resort and Spa, who went above and beyond in their dedication to making sure all our needs were met. They’re even placing a plaque in the marina to honor the event and mark it’s place in history as the site of the very first Hobie BOS Tournament of Champions,” he continued. “It’s a wonderful and most-appreciated gesture.”

ABOUT the Hobie BOS

The Hobie Bass Open Series (BOS) aims to provide a simplified, open-to-anyone format (all brands of kayaks) and an elite feel for kayak anglers across the country. This series is all about providing a platform for the anglers. As participation in each event increases, payouts will grow, the Tournament of Champions (TOC) will grow, and opportunities for the anglers will only increase. Coverage of the events will set a standard and continue to solidify our sport’s legitimacy in the competitive fishing world to a broader audience. Are you ready to be a BOS Angler? Learn more here. Join the conversation on Facebook.

Since 1950, Hobie has been in the business of shaping a unique lifestyle based around fun, water and quality products. From their headquarters in Oceanside, California, Hobie Cat Company manufactures, distributes and markets an impressive collection of watercraft worldwide. These include an ever-expanding line of recreation and racing sailboats, pedal-driven and paddle sit-on-top recreation and fishing kayaks, inflatable kayaks and fishing boats, plus a complementary array of parts and accessories. 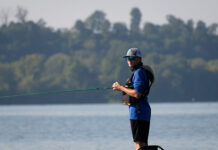 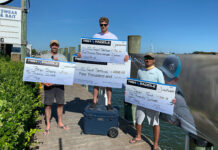